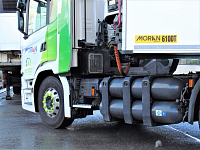 Temperature-controlled transport and warehousing specialist Moran Logistics has boosted sustainability for a key client by fitting Hultsteins’ Ecogen units to its gas-powered trucks.

The company operates a pair of Scania tractor units, which run on CNG and are used to transport chilled produce from a national distribution centre to stores around the country, as part of a contract with a large retail customer. Both the client and the operator were keen to improve sustainability, so Moran Logistics began investigating ways to render the transport refrigeration units (TRUs) more efficient last year.

The company settled on Hultsteins’ Ecogen system, which can be retrofitted to any tractor unit with an engine power take-off and converts existing diesel TRUs to run on electricity. It generates 400 volts and easily connects to the fridge motor via a five-pin plug. In addition to adapting TRUs to emissions-free power, the Ecogen system represents a highly cost-effective method for operators to adopt cleaner refrigeration systems, because there is no requirement to replace existing trailers or TRUs.

Moran Logistics took delivery of its two Ecogen units in summer 2021, and Lee believes they are particularly useful for operators with trucks that spend a lot of time on the road.

“The Ecogen units power the fridge while the truck is running, and our vehicles typically do ten-hour days with around three delivery stops. If that vehicle is on the road for, say, eight or nine hours, then that’s where we’re seeing the savings, because they’re drawing electric power around 80% of the time. In terms of cost and carbon emissions from the fridges, that’s 80% better than before”, - says Lee Graham, Moran Logistics’ Managing Director.

Moran Logistics will continue to expand its line-up of gas-powered trucks and is looking into further clean power initiatives, such as fitting solar panels to the top of its trailers. 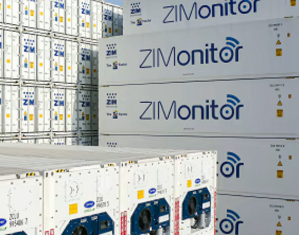 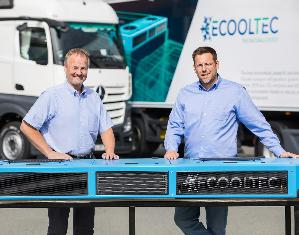 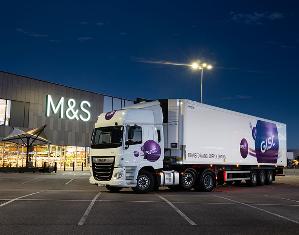 Marks and Spencer to acquire GIST as part of accelerating its food ...
Cold chain , 26 July 2022