ALDI US accepted the “Best of the Best” GreenChill award as part of a Tuesday morning awards ceremony at the Energy and Store Development Conference in Orlando, Fla. 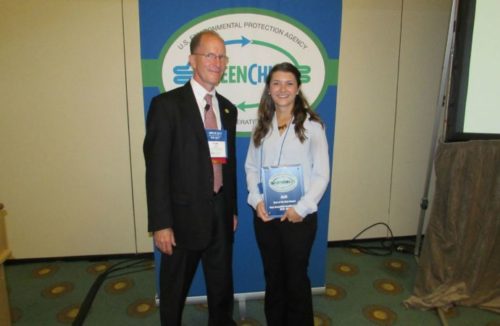 The Best of the Best award recognizes the best GreenChill certified store among all stores certified in the past year.
As of August 2017, 43 of ALDI's 69 transcritical CO2 stores had been awarded GreenChill Platinum certification with more new and remodeled transcritical stores in the process of receiving this certification.The Best of the Best award applies to all of ALDI's Platinum stores.

Recognition of the supermarket with the most GreenChill store certifications in the last year, the “Store Certification Excellence” award, went to Sprouts Farmers Market, which had 69 GreenChill certifications last year.For non-supermarkets, the same award went to Hillphoenix for the supplying equipment to 181 certified stores.

Winners of the “Best Emissions Rate” award were Giant Eagle – with a 2016 corporate-wide emission rate of 7.3% – and Port Townsend Food Co-op. The “Most Improved Emissions Rate” went to Hanover Co-op Food Stores.

Despite current regulatory uncertainties at the EPA, at the award ceremony Land was optimistic about the future of the GreenChill program.

“Achieving GreenChill certification is very difficult,” he said.“But even with the stringent criteria the number of stores seeking certification continues to grow.For the first time this year we broke 200.