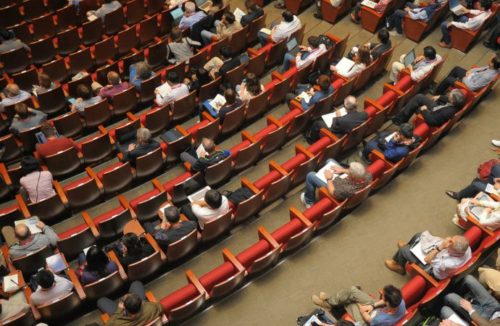 The business case for ammonia is strong despite regulatory hurdles to its use in France, heard participants in the annual conference of the Alliance Froid Climatisation Environnement (AFCE), held in Paris on 21 September 2018. The AFCE brings together manufacturers and users of HVAC&R equipment in France. Yvan Le Picault and Eric Martin of Johnson Controls International (JCI) told the event that would-be users of ammonia equipment must satisfy many regulatory requirements before adopting the technology France. In France, ammonia-based systems with a charge greater than 50 kg per refrigeration unit are subject to mandatory reporting and periodic inspections by approved organisations (Article L. 512-11 of the French Environment Code). Customers intending to equip their site with a refrigeration system or systems whose total charge is greater than or equal to 1.5 tons of ammonia require authorisation from the prefecture (which represents the French state in each of France’s regional d épartments) before they can do so. EU criticism of French regulation The European Union recognises that French legislation represents a barrier to wider uptake of ammonia-based technology in the country. According to a briefing note published by the European Commission, France is the only EU country to impose "restrictive rules" on the use of ammonia in refrigeration.

Le Picault and Martin argued that ammonia ticks many boxes for an industrial refrigeration system from a smart investment point of view. They explained that ammonia-based equipment has a low leakage rate. JCI reported an annual leak rate of less than 2% for its ammonia facilities.

Ammonia installations in France are often eligible for France’s Energy Saving Certificate (CEE) thanks to the heat recovery offered by these technologies. The CEE is an energy-efficiency bonus issued by the state that finances energy efficiency-related works. 60% of JCI’s ammonia facilities have benefited from the CEE.

The low cost of the fluid and the low accident rate (largely thanks to the recognisable smell of ammonia in the event of a leak) were also cited among the advantages of using ammonia.

Le Picault and Martin put the low accident rate down to the high level of training and professionalisation of ammonia users, quoting one of JCI’s clients: “The regulation brings some constraints but especially obliges us to maintain our installations in perfect state and thus production.