<p align="justify">Global demand for refrigerants is expected to reach $21 Billion by 2020 at a CAGR of 6.0% from 2015 to 2020. The growth of refrigerants is driven my various factors such as increasing demand of refrigerants in Asia-pacific, increasing demand of cooling products, and growth in global cold chain market. The growing end-user industries such as construction, pharmaceutical, automobile, oil & gas, and food are also driving the refrigerant market.</p>
<p align="justify">Fluorocarbons had the largest market size, by volume in 2014, accounting for a share for the maximum share of the total market. The fluorocarbon segment is witnessing a slow growth due to stringent environmental regulations such as F-Gas regulation, and Montreal Protocol, which demands the phasing out of such harmful gases. Countries such as North America have already started the phasing out of HCFCs and HFCs, due to their harmful effect on environment. These strict regulations provide a wide opportunity to refrigerants such as inorganics and hydrocarbons. Inorganics, have the second largest market share, and are also expected to have the highest growth rate between 2015 and 2020.</p>
<p align="justify">The Asia-Pacific region remains the largest market for refrigerants, followed by Americas, and Europe which are comparatively very small market as compared to Asia-Pacific. Asia-Pacific refrigerant market is also expected to witness the highest CAGR of 7.9% from 2015 to 2020. The refrigerants are widely used in various end-user industries such as automobile, construction, chemicals, and oil & gas and these industries are booming in the Asia-Pacific region. Asia Pacific is home to both, the largest and the fastest-growing car markets. Construction is also a key emerging market in Asia-Pacific which is witnessing a significant growth because of the presence of major economies such as China, India, and Japan.</p>
<p align="center"><img class=" alignleft" src="http://www.marketsandmarkets.com/Images/refrigerant-market1.jpg" alt="Refrigerant Market" /></p>
<p align="justify">This report estimates the refrigerant market for 2014, and projects its expected demand till 2020. It also provides a detailed qualitative and quantitative analysis of the market. Various secondary sources, such as encyclopedia, directories, and databases have been used to identify and collect information that is useful for this extensive commercial study. The primary sources for the report included experts from related industries and suppliers who have been interviewed to obtain and verify critical information as well as to assess the future prospects of the market.</p>
<p align="justify">Competitive scenarios of the top players in the refrigerant market have been discussed in detail. We have also profiled the leading players of this industry with their recent developments and other strategic industry activities. These top companies include Airgas Inc.(U.S.), Arkema S.A. (France), Asahi Glass Co. Ltd (Japan), The Chemours Company (U.S.), Daikin Industries Ltd (Japan), Honeywell International Inc. (U.S.), SRF Ltd. (India), The Linde Group (Germany), Mexichem S.A.B. de C.V. (Mexico), and Sinochem Group (China) among others.</p>
<p align="justify"><strong>Scope of the Report</strong></p>
<p align="justify">This research report categorizes the global market for refrigerants on the basis of type, application, and region in terms of revenues and analyzing trends in each of the sub markets.</p>
<p align="justify"><strong>On the basis of type market:</strong> The market for refrigerants is segmented by type of refrigerants, such as fluorocarbon, inorganics, hydrocarbons, and others. Each of these types has been further described in detail in the report with revenue forecasts as well.</p>
<p align="justify"><strong>On the basis of application:</strong> The market for refrigerants is segmented by applications, such as domestic refrigeration, commercial refrigeration, transportation refrigeration, industrial refrigeration, stationary AC, chillers, and mobile AC. Each application is further described in detail in the report with revenue forecasts as well.</p>
<p align="justify"><strong>On the basis of region:</strong> The Refrigerant market by type and application is segmented by key regions—Europe, Americas, Asia-Pacific, and Rest of the world.</p>
<p align="justify">Source: <a href="http://www.marketsandmarkets.com/Market-Reports/refrigerant-market-1082.html" target="_blank">MarketsandMarkets</a></p> 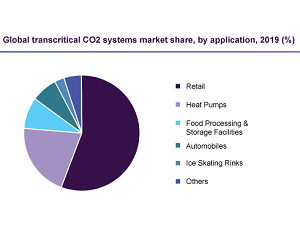 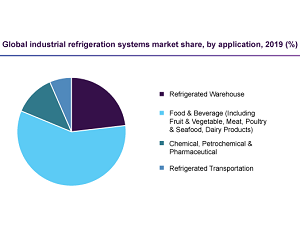 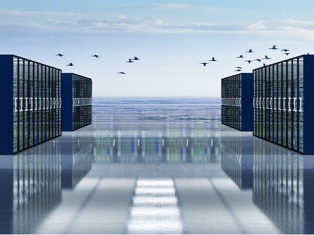