Emerson announced the introduction of its Copeland commercial HVACR variable frequency drives (VFDs). They are specifically engineered to save energy in a variety of demanding commercial and industrial refrigeration applications. Adding a VFD to control the speed of a compressor, evaporator or condenser fan in applications such as a refrigeration rack or chiller can enhance overall system reliability and provide significant energy reductions, delivering quick return on investment (ROI) for users in this space.

When applying Copeland commercial HVACR VFDs to equipment, the same work gets done using less energy: 15 to 30 percent energy savings can be achieved compared to running a fixed-speed compressor or general duty motor. When a drive is applied to a fan or pump, the motor speed for those applications can be modulated from 10 to 100 percent. The efficiency from using a VFD is a result of better load matching, reducing the number of start/stop events and pulling down loads faster, which eliminates unnecessary energy consumption.

By adding a VFD, users will see a rapid return on investment in as little as a few months, as there is commonly no need to change out existing equipment, resulting in faster and affordable retrofits. Most U.S. states also have incentives for users to implement VFDs, which in many cases can come close to or cover their upfront cost.

Copeland VFDs were designed with contractor ease of installation and use as a top priority, with many features such as quick-start menus included to streamline commissioning and service. In addition, they integrate seamlessly with Emerson’s legacy E2 supervisory control, new Lumity E3 supervisory control, and Dixell refrigeration controllers. One VFD model can be applied to multiple compressors as well as general purpose motors, greatly reducing the need to stock many SKUs to apply toward a wide range of applications.

Emerson will be releasing two new commercial HVACR VFD product suites: the EVM and the EVH series. Copeland EVM VFDs cover from ½ to 30 horsepower, have single and three-phase input options, and are simple to use with Bluetooth onboard connectivity. EVM VFDs are well-suited for chillers, medical refrigeration, display cases, walk-ins, reach-ins and other applications where less control functionality is needed.

Copeland EVM and EVH software has been optimized for Copeland compressor compatibility, but also offer the same functionalities commonly found in other industrial drives of competitive offerings. The VFD platform covers all Copeland compressors, including scroll, semi-hermetic and screw compression technologies. 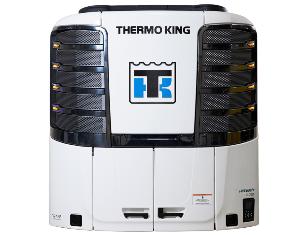