The Globus international hypermarket’s chain inaugurated a hypermarket in Kaluga, on October 31. In Russia, this is the 16th network hypermarket and the second one, using CO2 transcritical booster refrigeration. The common hypermarket area is about 7 thousand square yards.

In the Kaluga hypermarket, the priority is placed on the production of our native products. Four mini-productions are represented here: a meat and fish shop, a bakery and a restaurant. Overall, the store has 26 thousand types of goods; the products of local manufacturers are widely represented here too. 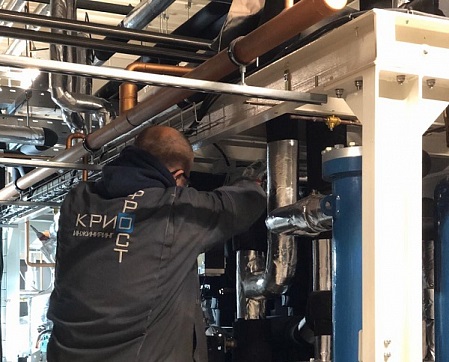 The refrigeration system of this facility was produced and installed by KrioFrost Engineering. The set of applied engineering solutions fully utilizes the potential of carbon dioxide to increase system energy efficiency and meet BREEAM standards.

For the refrigeration supply to all consumers, two booster transcritical carbon dioxide refrigeration units manufactured by TehnoFrost based on Bitzer compressors with a total capacity of 600 kW are responsible. They provide cold the store equipment in the hypermarket hall, as well as low- and medium-temperature chambers, technological equipment, and workshops. 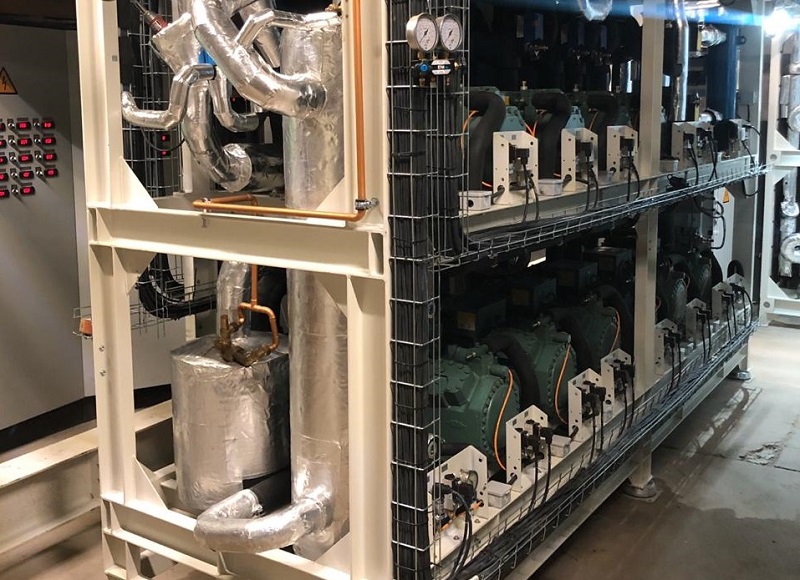 Two types of ejectors were used on the booster carbon dioxide plants: liquid and gas. This combination allows saving energy as much as possible depending on the ambient temperature.

To heat water for the needs of domestic hot water and heating, a heat recovery system using storage tanks and hydraulic modules is used, which allows you to completely abandon external water heating systems in the warm season and reduce the required heat output by more than 500 kW.

Guentner gas coolers, which are installed on the roof of the hypermarket, are used for cooling gaseous carbon dioxide:

The gas cooler fans' rotational speed is continuously adjustable with the help of EC-fans, which allows them to get into operation as efficiently as possible and also reduce energy consumption.

All temperature circuits of the plants are controlled by a monitoring and control system for refrigeration equipment based on the Danfoss controllers with expansion modules. Monitoring units carry out full control of the operation of refrigeration systems, data collection on the main parameters of work, coordination of evaporator defrost, etc. The automatic control allowed reducing the energy consumption of the hypermarket refrigeration system by 25%.

To maintain the specified temperature conditions in all hypermarket climatic zones, there was installed the heat-exchange equipment manufactured by Guentner:

The cubic air coolers of the GACC RX series with a step of about 0.3 in fins are used, equipped with electric defrost heating elements, are used in the medium-temperature chambers with an operating mode of 0 /+6 0С: 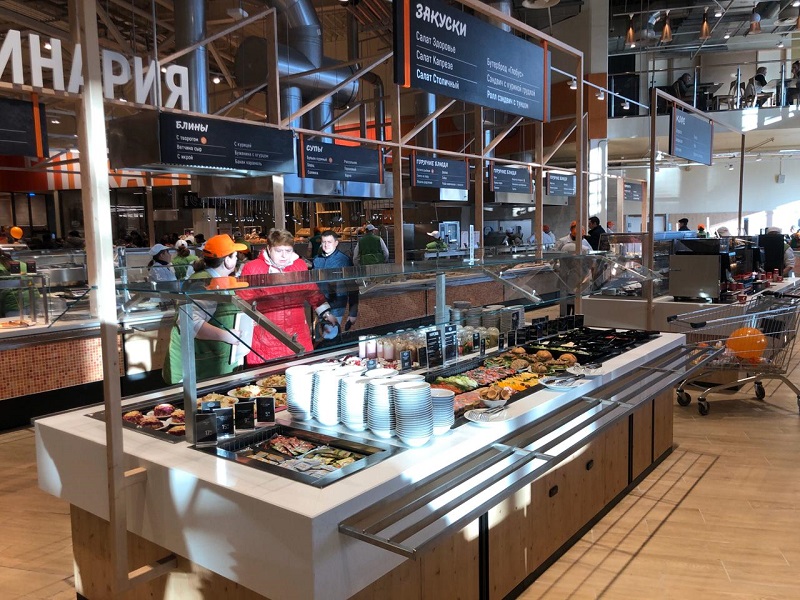 The project was implemented by Kriofrost Engineering in close association with the equipment manufacturers, having carefully worked out the technical solutions and choosing the most effective and beneficial of them for the customer.