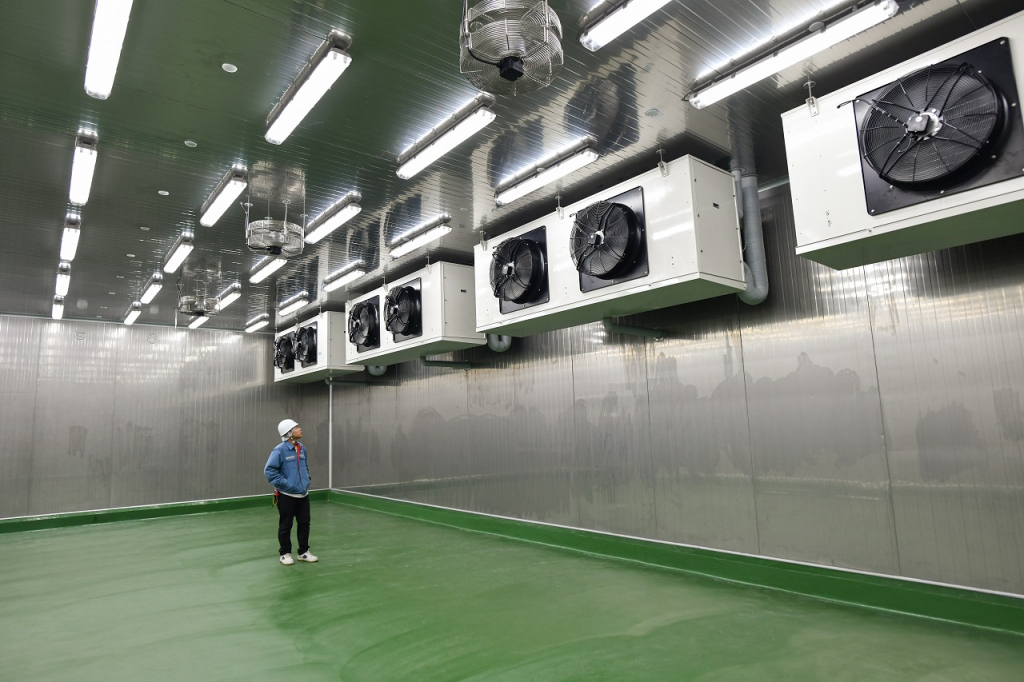 Therefore, before you buy air coolers, you need to choose a model burning in mind the operating conditions. Commercial and industrial refrigeration evaporators are differentiated depending on the capacity and the application area. They have a relatively small capacity (up to 10-15 kW) and are used in the small and medium-sized cold rooms, as well as in the furniture for commerce (cabinets, refrigerated wall-side cabinets, etc.). The industrial devices are used in the refrigeration systems of large warehouses and large cold rooms, as well as in the freezing chambers, freezing tunnels.

Modern evaporators are notable for their reliability and practicality. For different operational conditions, there are several models of this equipment. The most common types of air coolers are: 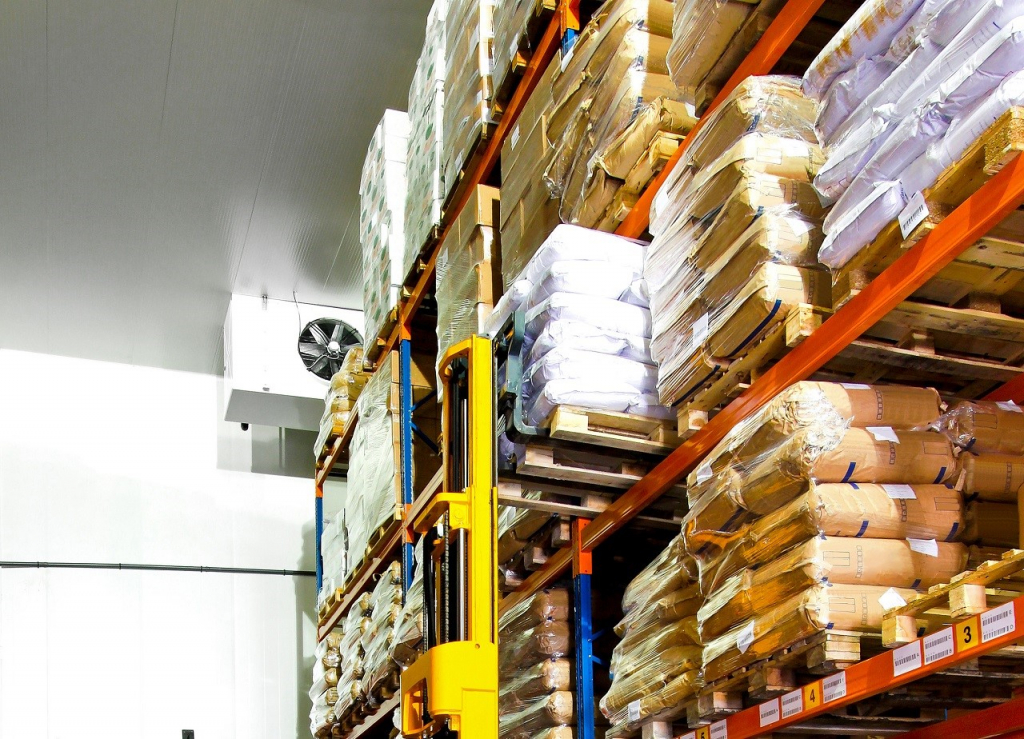 Slim refrigeration evaporators are small devices and suitable for the cooling not big spaces. They are often installed in the cells with a low ceiling. This type of air cooler is compact, which allows the maximum use of usable space in the refrigerating chamber. They are great for the refrigeration equipment of chambers in the small shops and restaurants where it needs to store drinks and food, including meat and sausages. 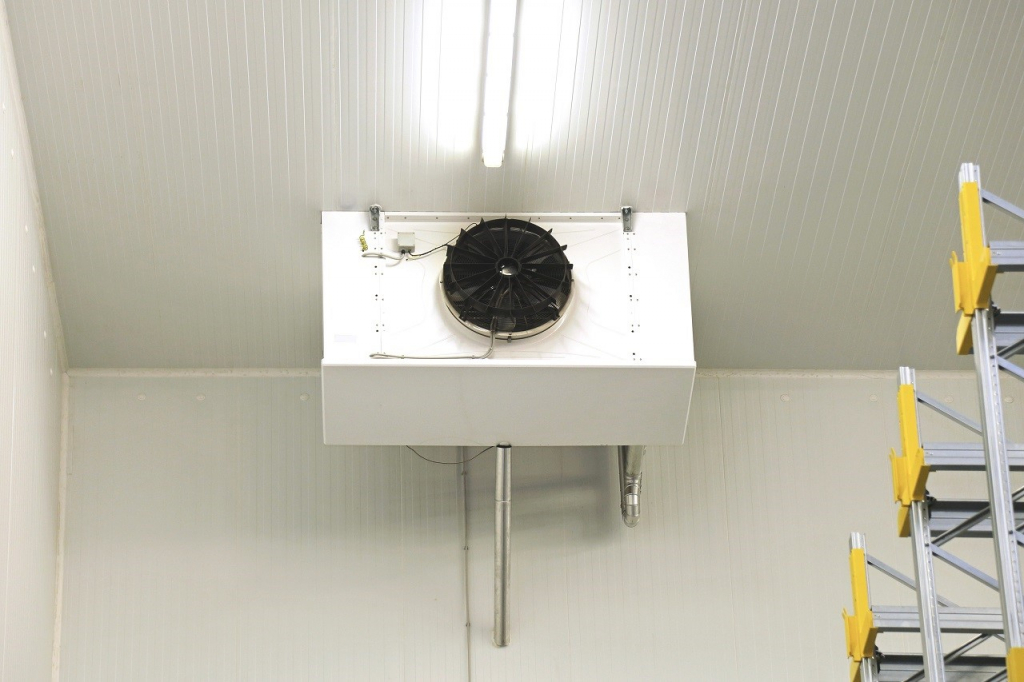 Cubic air coolers are also used to cool the products. Depending on the capacity, they can work, both in the industrial warehouses and at the trade enterprises. This type of cooler is used for the freezing chambers where products are stored in the deep freeze mode, for example, dough, vegetables, meat. Two-flow air coolers are well suited for maintaining the temperature regime in the production shops of the food industry. This type of equipment provides a more comfortable environment for the personnel work, thanks to the smaller intensity of forced-air cooling system. The two-flow air coolers are convenient to use in fruit storage chambers. For large volumes of a cooling premise, it is important to select and place the air coolers correctly to ensure a uniform air exchange. As a rule, it is installed one air cooler in each pass between the shelves with an effective range of the air jet. 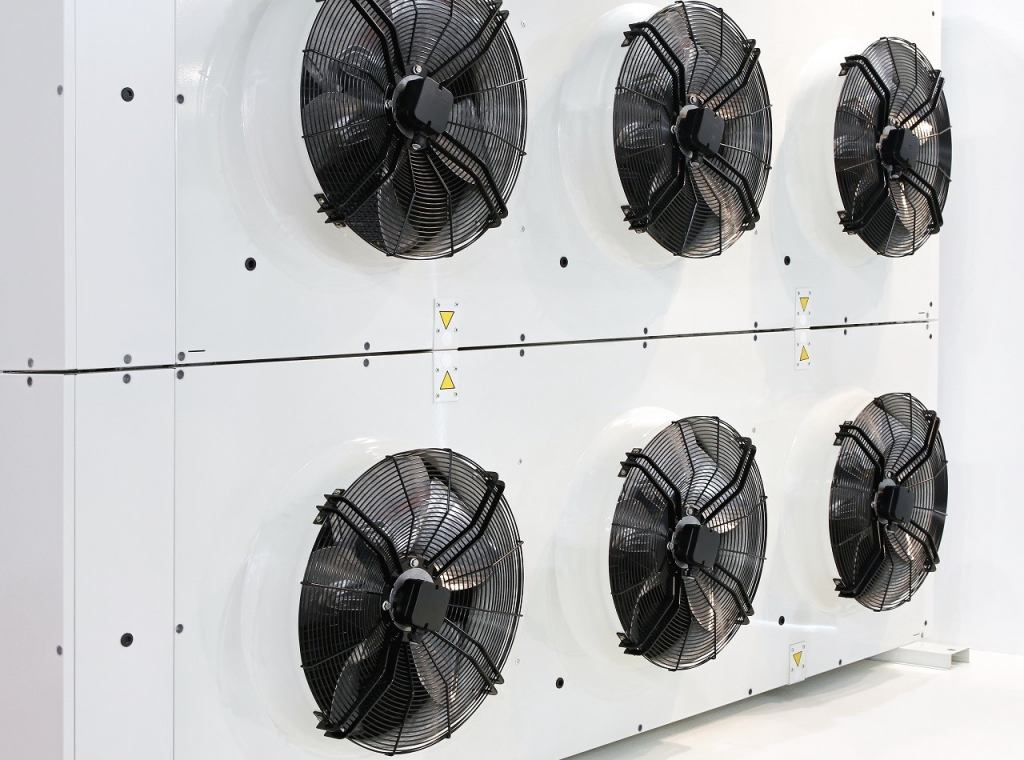 Floor-mounted air coolers, so-called the temperature shock chambers, are used in the freezing chambers for freezing, freezing tunnels. They have a large area for increased productivity since the freezing process requires significantly more powerful equipment compared to the storage mode equipment. As a consequence, such air coolers have large dimensions and weight.

A modern air cooled evaporators, regardless of type, is the complex device. It consists of:

The thermo-electric cooler is necessary for thawing ice, hoarfrost formed on the air cooler fins and the pallet. The air cooler pipes are usually made of copper; the fins are made of copper or aluminum. The air coolers are also available in stainless steel for using in the corrosive environments. Glycol, Freon and natural refrigerants − carbon dioxide, ammonia are used as a refrigerant in the refrigeration systems. Accordingly, when choosing an air cooler, it is important to consider the performance of the model on the refrigerant of a specific refrigeration system. The most efficient are the heat exchangers filled with the freon refrigerant. All air coolers are equipped with the fans, which increase the heat transferred from the evaporator. 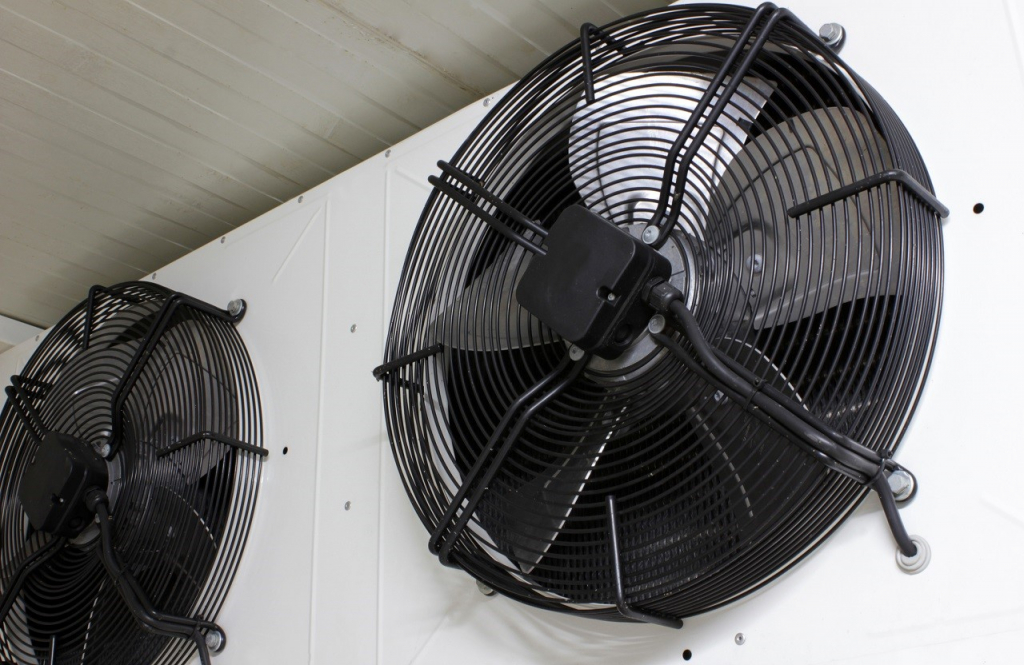 The main technical features of air coolers are: Air cooled evaporators, offered by different manufacturers, differ in quality and price. Due to a wide range of models and types of air coolers, it is possible to select the best technique for a particular refrigeration system and specific conditions.