Types and properties of coolants

Coolants - a substance through which the heat from the cooled objects transferred to the refrigerant. 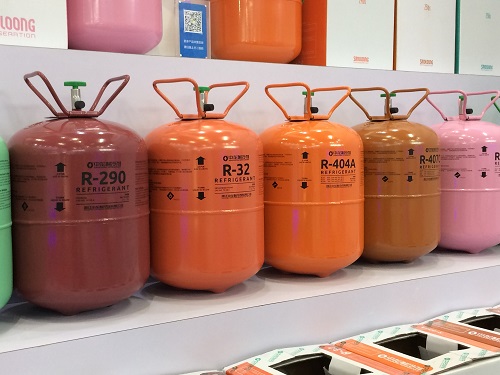 Basic requirements for the coolants:

The most widely circulated as a coolant solution of CaCl2. It also has the most highly corrosive. A necessary condition for the occurrence of corrosion is the presence of oxygen. In open systems, the brine is saturated with oxygen is approximately 4 times greater than in the closed, whereby corrosion is much stronger in them.

With the lowest rate of corrosion occurs in solutions which support the slightly alkaline reaction (pH 7,5-8,5), which is accomplished by adding a certain amount of caustic soda and milk of lime. The most effective means is to add passivating agents into brine: sodium silicate, sodium dichromate, phosphoric acid. In a closed brine system by using carefully purified salt corrosion is minimal.

In brines sometimes added macromolecular compounds (polyox or polyacrylamide - polymers of linear structure) in amounts 0,3-0,07%. These compounds contribute to the reduction of friction losses, increase productivity pumps and pipeline capacity.

Find supplier company or brand of refrigeration equipment on our online directory.