At the moment, this refrigeration technology direction is actively developing all over the world, especially in Europe and Japan.

The main drivers of this growth in the use of natural refrigerants are:


The main barriers are:


The equipment with R774 refrigerant is the most common in large stores with centralized cold supply systems. The equipment with built-in units, which is mainly used in small stores, is mostly produced using R290 and R600. In industrial facilities, such as warehouses and ice rinks, ammonia systems are more in demand. 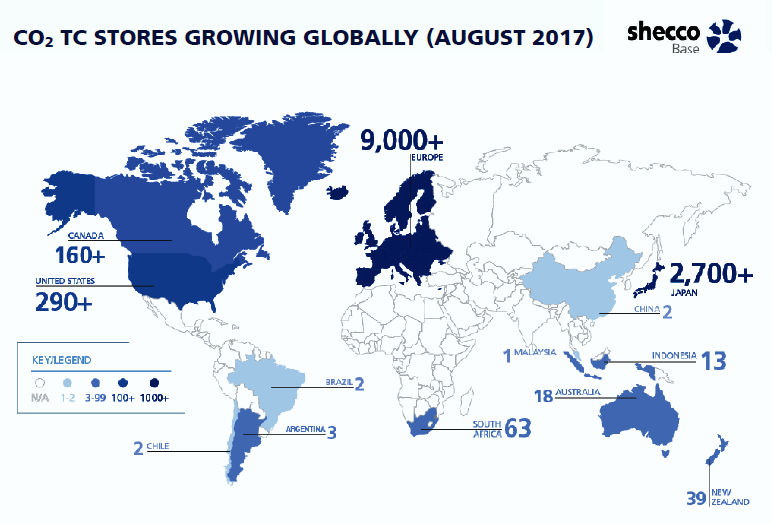 Our partner, the company "Shecco", have been conducting research in this area for a long time, but they have no data on the Russian market at present.

We have tried to add information on worldwide map.

In Russia, there are also shops with CO2 refrigeration units, but at the same time, there has not been a consolidated picture of the refrigeration systems using CO2 in Russia until today.

We have conducted our own research to make the information wider and objective and now present the results to you.


At the moment we have been able to collect information about the 31st retail facility with refrigeration units on CO2.

Currently, at least 8 stores with transcritical refrigeration systems are operating in Russia.


Foreign retail chains are the basic trailblazers of new technologies, the company 'Metro' is primarily. 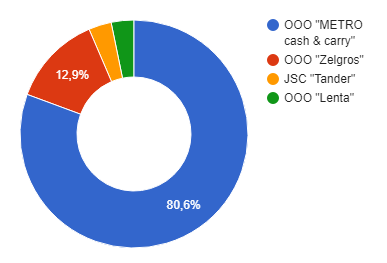 The 31 stores with transcritical and subcritical refrigeration systems are included in these data.


The first object presented in the report was the 'Selgros Cash&Carry' hypermarket, which was launched in Volgograd in 2014. However, the undisputed leader in Russia in the number of stores with refrigeration units on carbon dioxide is the retail network 'Metro Cash&Carry'. This is a focused company policy in almost all markets of presence. At the moment, the company is actively introducing CO2 refrigeration systems not only in Europe but also, for example, in China.


Number of Built Stores with Refrigeration Units for CO2 by Years

Following the results of 2018, we expect that the number of completed shopping facilities will exceed 10, and this year will become the most active in terms of the number of facilities commissioned.

Operating Experience of Refrigeration Systems for CO2 in Retail


We have received the comments on our questions about the experience of using refrigeration systems based on the carbon dioxide from retailer "Zelgros". Unfortunately, the press services of other networks were not able to provide their answers.

Our questions were posed as follows:

"A cascade subcritical system was installed in the 'Zelgros' shopping centre in Volgograd, which allows combining the use of CO2 (on the low-temperature side) with R 404A freon (on the middle-temperature side)," - the engineer specified. - "The possible shortcomings are low energy efficiency. It is also required the additional cooling when the units are stopped, and when charging it has to use two refrigerants."

"The transcritical CO2 booster system used in the 'Zelgros' shopping center in Odintsovo, Zelenograd and Tula, with its saturation with automation devices that are more complex than the conventional systems, is undoubtedly more expensive than the systems on traditional freons and requires specific components." - Rumyantsev concluded.

"However," - as Yuri Leonidovich emphasized, - "according to the developers:

The engineer noted, "The transcritical CO2 booster system has been operated at 'Selgros Cash&Carry' for a relatively short time, which does not allow for a more in-depth analysis of the efficiency of CO2 systems. Nevertheless, it is progressive and will undoubtedly be used in the construction of new 'Zelgros' shopping centers."