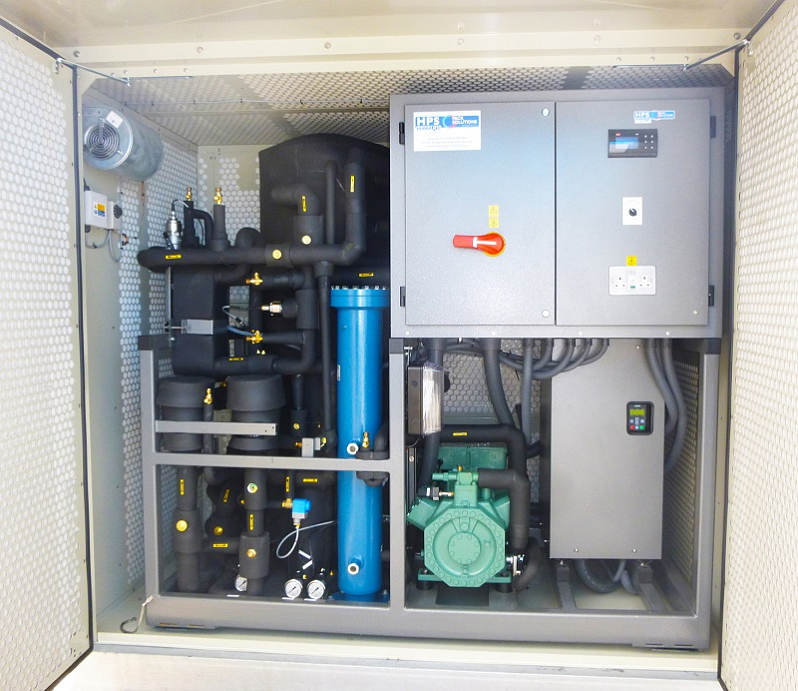 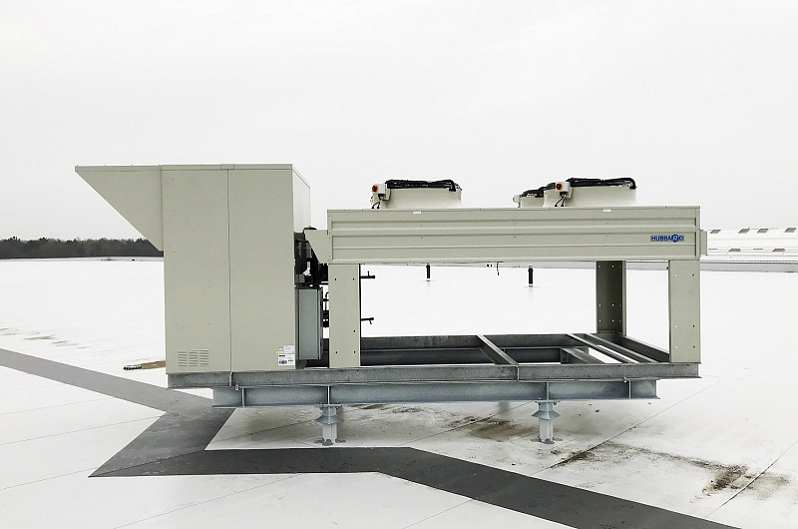 The giant Ecoline+ CO2 unit, incorporated into a bespoke Hubbard refrigeration pack, is being used to cool a large cold store in a new mushroom growing facility.With a cooling capacity of 140kW, the plant was required to maintain temperatures of between -3 and 0deg C to maintain mushrooms in perfect condition following picking and removal from the growing area.

Mushrooms can contain anywhere between 70 to 90per cent water, and have the potential to keep on growing even after they have been picked. If not correctly refrigerated, their fibres continue growing and quickly break down. Therefore, maintaining optimal refrigerated storage conditions is vital to control the activity of growth enzymes and to preserve their taste, in order to maintain market value.

From initial boots on the ground, the new installation took around 10 weeks to build and commission. It was the first time the UK specialist had worked with a single carbon dioxide compressor with such a high capacity. 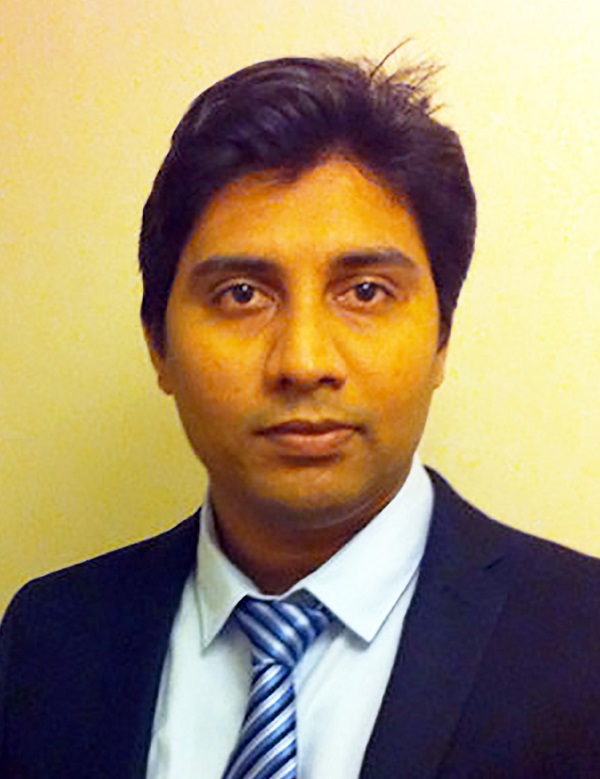 Ashwaq Mohammed, refrigeration design manager at Hubbard, said: “We would normally recommend a multi-compressor pack for this scale of project, as it provides extra resilience and security. Given the perishable nature of the product, this adds a further reason to take a precautionary approach.

“However, the end user was keen to go with a ‘one-on-one solution’, to keep the refrigeration system as simple as possible for service and maintenance purposes. The resilience issue was admittedly less important given the impeccable reliability record of Bitzer units, so we were fairly comfortable about the chosen approach.”

The key reason for selecting carbon dioxide was that the end user wanted a very low Global Warming Potential (GWP) solution, while delivering high efficiency performance and low running costs. Carbon dioxide has a GWP of 1 compared, for example, with 3300 for R404A.

The Ecoline+ range is the first ever produced by Bitzer to include a six -cylinder reciprocating compressor at top of the capacity range. It is designed to operate with optimal efficiency at both full- and part-load operation, with seamless integration into refrigeration systems.

This enables systems to operate at full- and part-load with equal efficiency to those equipped with frequency inverters, without the added complexity and cost. To enable end-users to fully exploit the potential of this technology, Bitzer has developed a new control platform based on intelligent (IQ) modules. 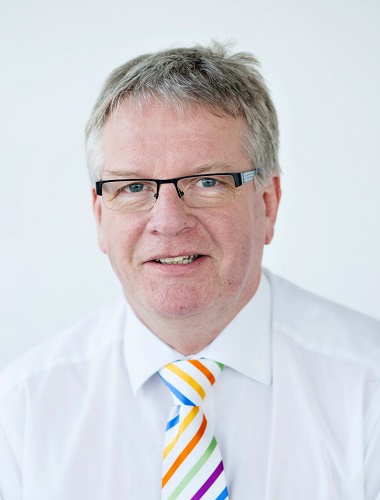 Kevin Glass, managing director of BITZER UK, said: “Bitzer originally developed Ecoline+ as a way of making high pressure, high efficiency carbon dioxide systems available for use in mainstream applications, such as supermarkets. However, the features and performance that make it attractive for retailers also lend the units to use in other applications, such as process cooling and agriculture.”

He added: “The Hubbard installation is an excellent example of how it can be applied, with outstanding environmental credentials and low running costs.Transcritical carbon dioxide cooling has in the past often been considered something of a black art, as it can be difficult to handle and control. The aim behind Ecoline+ was to provide a streamlined package that was straightforward to apply ‘straight out of the box’. It addresses the main perceived difficulties of using transcritical carbon dioxide, and opens the way for widespread adoption, to the benefit of contractors, end users and the environment.” 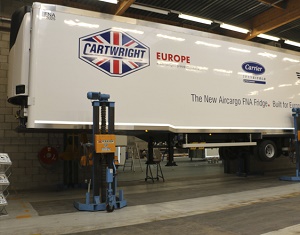 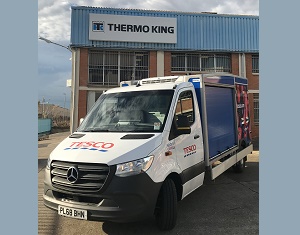 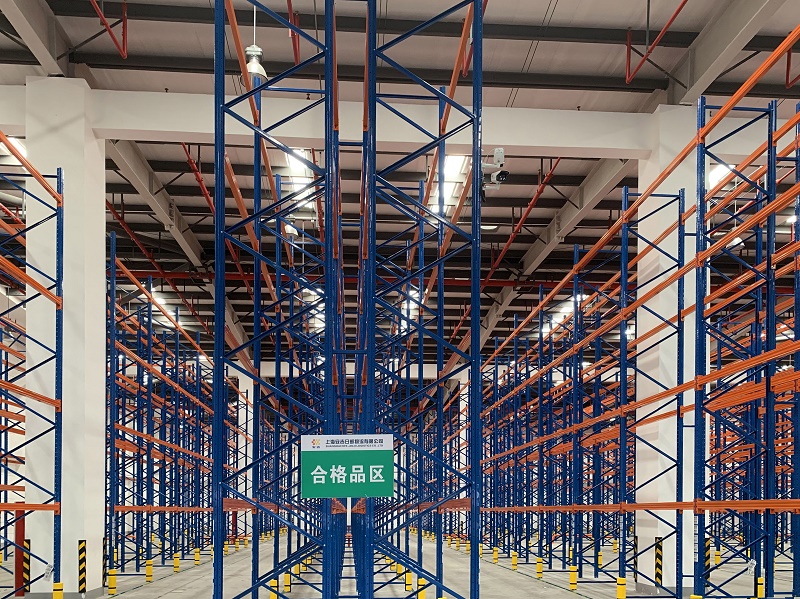