The awards will recognise end users of commercial and industrial refrigeration that are doing the most with natural refrigerant solutions in Europe. A Person of the Year and an Innovation of the Year will also be named.

Since its launch in December 2015, Accelerate Europe has been highlighting the most progressive individuals and organisations working with natural refrigerants in HVAC&R applications in Europe. To take this a step further, the magazine announced at ATMOsphere Europe 2016 a new awards programme to recognise three end-user companies and one individual for doing the most to drive the adoption of natural refrigerants.

The awards, which will be presented at the next ATMOsphere Europe conference in Berlin in September 2017, comprise three categories: Best in Sector, Innovation of the Year Award, and Person of the Year.

A Best-in-Sector award will go to one end-user company in each of three sectors – food retail, light commercial and industrial refrigeration sectors – that has gone far in advancing the adoption of natural refrigerant technologies in HVAC&R applications in the previous 15 months.

Criteria for assessing systems and companies for the Best in Sector Awards include:
<ul>
<li>A reduction in energy consumption.</li>
<li>A reduction in greenhouse gas emissions.</li>
<li>Ease of reproduction.</li>
<li>A business case including installation, operation, maintenance and training, and return on investment.</li>
<li>Commitment to future natural-refrigerant installations.</li>
<li>Industry leadership.</li>
<li>Innovation and perseverance.</li>
</ul>
Complementing the Best in Sector Awards, the Person of the Year Award will honour the single individual who has done the most to advance the adoption of natural refrigerant technologies in HVAC&R applications in Europe between April 2016 and July 2017. The award is open to individuals from end users, manufacturers, policymaking, academia and research.

Criteria for assessing individuals include:
<ul>
<li>Impact on development and/or implementation of natural refrigerant solutions.</li>
<li>Leadership within their organisation and/or their industry.</li>
<li>Innovation and perseverance.</li>
</ul>
The nomination should include: Person’s Name, Company Name, Email address for contact purpose, a brief explanation why you wish to nominate them (max. 50 words).

“This will be someone who has driven the market,” said Alvaro de Oña, head of media at shecco, the publisher of Accelerate Europe. “It’s going to be tough one to choose, but we want to single out and honour someone who has done a particularly special job.”

Innovation of the Year will also cover a product released (approximately) during the period June 2016 to May 2017. To apply for the award please provide details of the innovation, how many are in the field, how it is helping accelerate the adoption of natural refrigerants.

The nominating process for the awards is now open, and will run until September 2017. Nominations may be submitted by anyone involved with HVAC&R; companies and individuals may nominate themselves. From July to September 2017, a panel of experts assembled by shecco will review the nominations, and select winners.

During ATMOsphere Europe 2017, to be held in Berlin on 25-27 September, shecco will host a special ceremony honouring the Accelerate Europe Award winners. The December 2017 issue of Accelerate Europe will profile the winning companies and individual.

<strong>The applications should be sent by email, no later than 8 September to:</strong> europe@shecco.com 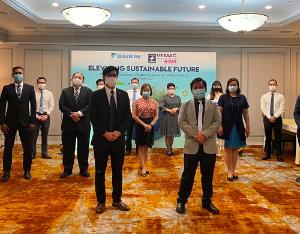 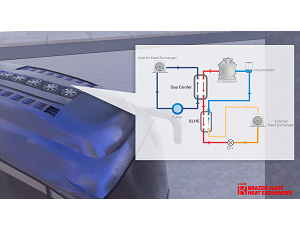