AIRAH’s solar summitpoints the way to a sustainable future

AIRAH’s Solar Cooling and Heating Forum, held in Brisbane earlier this month, proved that Australia’s HVAC&R sector has the expertise and the desire to exploit solar technology. Now all it needs is support. 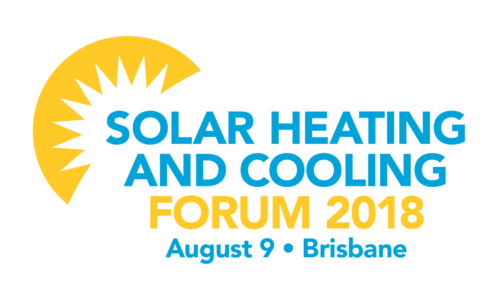 More than 60 professionals attended the event, representing industry, government and academia. It was a fitting mix of attendees, given that these sectors will need to work together to help fulfil the promise that solar technology offers.

This was one of the key messages that emerged from the event, and especially from Subbu Sethuvenkatraman’sunveiling of the industry roadmap created by the Promoting the Use of Solar Cooling and Heating (PUSCH) project.

Supported by the CSIRO, Coolgaia and AIRAH, the PUSCH project found that despite Australia being a pioneer in solar cooling and heating, and initiatives such as the Renewable Energy Target, there was low market uptake of the technologies.

“Barriers include high initial costs and split incentives, a lack of awareness of the benefits, weaknesses in supply chain and workforce competitiveness, and perceived technical and financial risks,” says AIRAH’s executive manager Phil Wilkinson, F.AIRAH, who opened the event. “And yet the roadmap offers a lot of hope that we can overcome these challenges with the right support.”

The need for industry and government support was echoed by Mark Hooper, whose presentation on the solar chiller systems at Echuca Regional Health was also enthusiastically received at the AIRAH Solar Cooling and Heating Forum. He says this is especially true in the case of solar thermal technology.

“The market in Australia is mature, and the business cases stack up,” Hooper says. “But in order for solar thermal to grow in stature it needs mechanisms that will help take it from demonstration to business-as-usual.

“The Small-scale Renewable Energy Scheme and equivalent initiatives need to be opened up to this form of technology, so renewables that contribute to an offset of gas or electrical consumption are supported – not just those that produce electricity.”

“The message we’d like to convey, is that the project was delivered on time, on budget, and is fully operational,” says Sullavan. 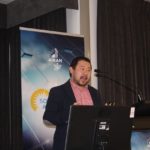 “Overall the conference was great,” says Frasers Property sustainability development manager Andrew Thai, who delivered the keynote address. “The key takeaway was that not one company or individual or country will have a solution to the climate challenge. We require a collaborative approach with all stakeholders.”

AIRAH thanks event sponsor ARENA and exhibitor Oventrop for their support.