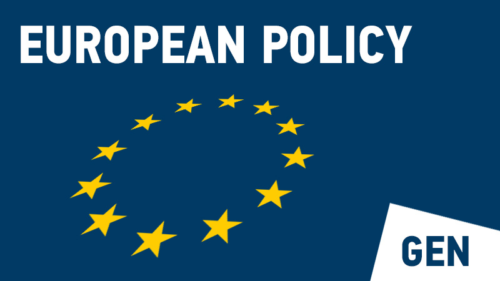 The European Union (EU), as a party to the United Nations Framework Convention on Climate Change (UNFCCC), reports annually on greenhouse gas (GHG) inventories for the years between 1990 and the current calendar year. The report is the official inventory submission of the European Union for 2018 under the UNFCCC and the Kyoto Protocol (KP).

The reduction in greenhouse gas emissions over the 26-year period was due to a variety of factors, including the growing share in the use of renewables, the use of less carbon intensive fuels and improvements in energy efficiency. As far as industrial sectors are concerned, lower emissions are explained by improved efficiency and carbon intensity as well as structural changes in the economy, with a higher share of services and a lower share of more-energy-intensive industry in total GDP. Demand for energy to heat households has also been lower, as Europe on average has experienced milder winters since 1990, which has also helped reduce emissions. In the category “commercial/institutional” there has been a decrease in emissions.

Manufacturers that are dealing with products that emit greenhouse gases may find it useful to have a look at the report. It gives some orientation towards possible future developments.

All related documents and articles can be found in the respective sections in the right sidebar.