Conservative groups and Republican senators have written letters to the president urging him to support the Kigali Amendment to the Montreal Protocol. 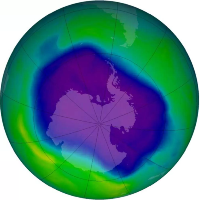 In letters this month, thirteen Republican senators and three conservative groups have urged U.S. President Donald J. Trump to send the global HFC phasedown deal known as the Kigali Amendment to the Montreal Protocol to the Senate for ratification.

The Kigali Amendment to the Montreal Protocol, which calls for a global phasedown of HFCs, has so far been ratified by 38 of 197 signatory nations at the moment of writing this article, and will go into effect for ratified nations on January 1, 2019.

This is not the first time groups have written to the president on this matter. In May, 32 top executives of HVAC&R companies, including Hillphoenix, Danfoss North America, Emerson, Johnson Controls, Lennox International and Modine, and the Alliance for Responsible Atmospheric Policy and Air-Conditioning, Heating, and Refrigeration Institute (AHRI), urged him to submit the Kigali Amendment to the Montreal Protocol to the U.S. Senate for ratification.

“By sending this Amendment to the Senate, you will help secure America’s place as the global leader in several manufacturing industries, and in turn give American workers an advantage against their competitors in the international marketplace,” says the letter, written by the thirteen republican senators on June 4, 2018 (for the full letter click here).

On a similar vein, the three conservative groups – Americans for Tax Reform, American Council for Capital Formation and FreedomWorks – stated in their letter published yesterday (June 20, 2018): “Because of the technological prowess of American manufacturers, U.S. businesses stand to gain from this deal – ratification will open new markets at a time when demand for refrigeration, heating, and air-condition equipment is projected to grow.”

Both letters cite a study by JMS Consulting and Inforum, published in April and written on behalf of AHRI and the Alliance for Responsible Atmospheric Policy, stating that ratifying Kigali will grow the U.S. share of HVAC&R equipment by 25%, while not ratifying the amendment means U.S. market share will decline by 14%.

“If the U.S. fails to ratify the agreement, American manufacturers will be restricted in their ability to sell into foreign markets at the cost of jobs and wealth,” state the conservative groups state in the letter, signed by the directors of the groups.

Furthermore this month, according to reports on Twitter, in a meeting with US Chief Climate Negotiator Trigg Talley, the Rwandan Minister of Environment Vincent Biruta encouraged the U.S. to ratify Kigali at the Petersberg Dialogue in Berlin (that took place from 18 to 19 June 2018).

Biruta originally chaired the negotiations in the Rwandan capital Kigali, which led to the agreement of the deal. Rwanda was also one of the first countries to ratify the Amendment.

Find out more on our website about: Emerson, HVAC, Danfoss, refrigeration, HFO