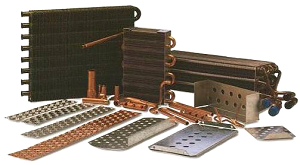 The President of LU-VE Iginio Liberali saidZyklus’s acquisition is another important step in the strategy of internationalization of the Group. LU-VE is now present in all the most important countries of the world; the US market is the first market in the world for refrigeration and air conditioning.Our "glocal" growth strategy has led us to invest at international level, to satisfy the requests of different local markets: the acquisition of Spirotech in India in 2016, creating a second facility in Poland, which is currently under construction, and the doubling of the manufacturing surface in China, which will be completed by early 2019."

Mr. Liberali addedThe Zyklus facility will allow an important strengthening of the commercial presence of LU-VE Group in North America, where in the next few years there will be a rapid development in the market for heat exchangers with "European" technology, characterized by careful attention to environmental impact and energy consumption. Moreover, we expect to generate significant industrial synergies (for products and processes) as well as commercial synergies: on one hand, Zyklus will be able to take advantage of LU-VE technologieson the other hand, LU-VE can strengthen its already-established relationships with important North-American clients".