Gradual implementation of the national priority project on agriculture development and other government regulations contributed to a considerable growth in domestic production thus resulting in achieving 90% of self-provision with pork and 95% with poultry. In 2016, pork production amounted to 3,390 thousand tonnes of carcass weight that was 10% more than in 2015 and turned out to be the highest for the last 10 years. Moreover, the commercial production of pork amounts to around 82%. According to estimates, implementation of initiated projects in commercial pig farming will deliver further boost by 21% in the industrial sector up to 3,326 thousand tonnes and by 14% in the total production – up to 3,865 thousand tonnes. 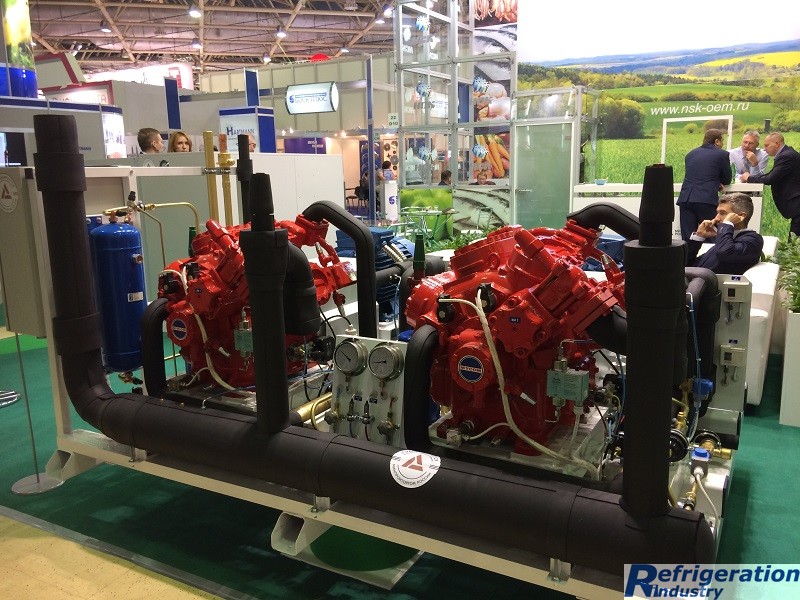 In 2016 poultry production amounted to 4,760 thousand tonnes, egg production totaled 44 billion. Today, Russia ranks the fourth in the world with 3.7% of the world poultry production following the USA, China and Brazil. It ranks the fifth in the world rating of egg producers. The obtained results are certainly significant but there still remain many unsolved problems and promising investment trends deserving close attention. That is why one of the Agroprodmash meat salon sections is devoted to meat primary processing from pre-slaughter treatment of livestock to cold storage of raw materials.

Growing rates and quality development of Russian pig farming facilities affect the dynamic and innovative character of the whole domestic industry of primary processing. The desire of leading Russian pork producers to develop their own processing facilities using new “phase zero” projects (despite considerable costs) resulted in increasing the share of the livestock processed at upgraded enterprises from 12% to 55% over the last five years. According to estimates, in 2020 up to 80% of meat will be produced at new enterprises. At the same time more than a half of the produced meat products will be sold in industrial and consumer packages

One more important aspect which greatly influences the development of the primary processing sector is an export “valve” which is to open the door for the Russian meat to Southeast Asian nations and especially China. It is reasonable that an early “valve” actuation greatly depends on the efforts of the Russian government and authority agencies aimed at opening of target markets, harmonization of foreign and Russian health legislation and creating really effective mechanisms for preventing outbreaks of ASF, mad cow disease, SVD, and other livestock diseases on the territory of Russia. However, the success of export audit results by Russian meat and poultry processors will first of all depend on the level of equipment of slaughtering facilities. This is understood by both slaughterhouse managers and suppliers of relevant equipment and solutions. It is safe to say that the focal points of the showcase of each supplier of slaughtering equipment at the Agroprodmash exhibition will be high performance and sanitary technologies for slaughtering and primary processing intended to ensure the highest quality and food safety of processing raw materials with minimum production losses. Besides the growth drivers of the meat market, there still remain sectors claiming greater attention on the part of the government and strong interest on the part of investors.

One of such sectors is beef production in Russia the traditional practice was processing of dairy breeds of cattle and beef farming was not developed in a proper way. Besides, out of 12,500 companies engaged in cattle breeding the share of medium-sized and large industrial complexes accounts for not less than 3%. They provide not more than 27% of beef production. Nevertheless, beef farming and production out of beef breed and mixed bred cattle in Russia show the first signs of development. Apart from development of pioneer stock-raising facilities of the Russian beef farming, small farm businesses from different regions of Russia also show interest in farming of beef breeds. Over the last three years 23.7 billion rubles have been allocated for the industry promotion. Since 2016 subsidies have been provided for keeping mother stock of beef breeds and mixed bred cattle. As a result, the number of beef cattle and mixed bred cattle grew from 1,012.4 million heads in 2009 to 3,468.6 million heads in 2016. For the first time the share of specialized beef and mixed bred cattle reached 15.7% in the production structure of cattle for slaughter in all kinds of household (2,879.5 thousand tonnes). At the same time, the benchmark of the Stockbreeding Development sub-programme is increase in the livestock population of specialized beef and mixed bred cattle up to 3.59 million heads till 2020. The Agroprodmash participants testify to the industry upgrade. It is confirmed by statistical findings: 610 beef farming facilities were put in operation, reconstructed and upgraded during 2008-2016 where 79 thousand tonnes of cattle were produced for slaughter. This trend will develop.

The Agroprodmash regular participants are leading manufacturers of equipment and instruments for commercial slaughter of livestock. Among them such companies as Banss, Frontmatec (uniting ATTEC, ITEC, Carometec, SFK-Leblanc), Jarvis, Marel, Voran as well as representatives of other companies manufacturing equipment presented at the stands of Russian and foreign systems integrators. Equipment for poultry slaughtering and primary processing will be presented by such companies as Marel, Meyn, Hartmann, etc. The Agroprodmash 2017 participants shared their views on the development of the primary processing industry. K

onstantin Egorov, Sales Director, Frontmatec Russia “Over the last ten years the Russian industry of pork primary processing has had a long way. Nowadays, new projects of slaughterhouses for 300 and more heads per hour are not a surprise any more. Truly speaking, some of them have to be delayed due to money problems. Besides, a closed nature of many potentially attractive export markets (e.g, China) also negatively affects a number of interesting projects. Currently, high productivity agricultural enterprises show the greatest investment activity while the demand on the part of small and medium-sized enterprises dropped to zero that is a common development scenario of the Russian agroindustrial sector when it is unprofitable for small farm businesses to develop their own processing facilities against the background of high efficient agricultural complexes. It is more convenient for them to sell their livestock to large enterprises. The forthcoming Agroprodmash 2017 exhibition is very important for us since SFK Leblanc as well as ATTEC, ITEC, Carometec and FRONTMATEC have been united under the flag of Axcel investment group and called Frontmatec. That’s why we face two global aims: establishing contacts with new associates for effective cooperation in Russia and bringing together all customers to the Frontmatec general office in Russia. So, we look forward to seeing all customers at the Frontmatec large and beautiful stand whose floor space will amount to around 90 sq m this year.”

Alexander Glukhov, General Director of Jarvis OOO “Nowadays, the primary processing sector is developing rather quickly. If earlier only five or six positions of our tools were in demand and accounted for 80% of the company’s turnover in Russia, then over the last two years the list of popular positions has increased several-fold. Of course, the tone for this tendency is set by large pork producers. Nevertheless, today we can see some interest on the part of cattle producers. Truly speaking, the cattle primary processing lags far behind by the procurement volume of tools. Alongside with that, it is obvious that pork and cattle producers have followed the way which other countries have already made. It manifests itself in a growing business and a succession of mergers and takeovers which implies improved technology of meat processing. It’s a positive trend for us as demand for mechanical and automated solutions for slaughtering is increasing. I’m also glad to note that while carrying out the projects, the individual approach comes to the fore when we, for example, supply tools not under the standard project but for specific production needs based on one’s own unique know-how. Three or five years ago we didn’t do that at all. Of course, there still remain some challenges connected with a growing competition and financing problems. However, a continuing government support of the Russian agricultural sector as well as prospects for more effective development of export potential in the Russian meat processing industry have a positive impact on the development of the meat primary processing in Russia. It is clear that without equipping slaughtering facilities with modern and enhanced tools one can hardly maintain high level of competition on foreign meat markets. Over the last 15 years we have actively participated in the Agroprodmash exhibition. This year we even plan to increase our space with regard to quality development of pork and cattle primary processing.”

Rob van Son, Meat Processing Director at Marel “Although the number of major projects has become less than three or four years ago, nevertheless we are still loaded with work: some projects are being carried out, other large projects are in the active phase. Mainly large companies from central Russia create an investment demand in primary processing. In my opinion, the Russian meat market begins showing green shoots and our company expects Agroprodmash 2017 with great interest to once again meet customers and discuss new projects.”