IIAR 2 may be a more appropriate safety standard for the B2L refrigerantIs.

Is it time to remove ammonia from ASHRAE Standard 15, “Safety Standard for Refrigeration Systems?”

Shapiro, speaking at a recent meeting of the International Institute of Ammonia Refrigeration (IIAR), noted that with the ongoing phaseout of hydrochlorofluorocarbons (HCFCs) and phasedown of hydrofluorocarbons (HFCs) there is a focus on the approval of new refrigerants that fall under the ASHRAE classification of A2L — nontoxic but mildly flammable.

According to Shapiro, although there may be a temptation to simply treat A2L refrigerants as equivalent to ammonia with respect to flammability hazard, ammonia really is an entity unto itself. Like an A2L, it exhibits a low-flame velocity in flammability tests, but ammonia has the unique safety advantage of a strong and unmistakable odor that is typically present long before the onset of a flammability hazard. All of the current A2L refrigerants, on the other hand, are odorless.

Shapiro noted that these are the questions that need to be answered as a condition of A2L refrigerants entering mainstream usage in the U.S.

Shapiro said a concern with ammonia remaining under ASHRAE 15 is that the parameters defining Group 2L refrigerants in ASHRAE could change at some point, perhaps forcing ammonia to be reclassified from Group B2L to Group B2.

At the most recent ASHRAE Standard 15 committee meeting, Shapiro said the committee approved publishing an addendum for public comment that would remove ammonia from the standard. That’s the first of several steps that would have to take place, but the process could potentially lead to ammonia being taken out of ASHARE Standard 15 and put under ANSI/IIAR 2-2014, “American National Standard for Safe Design of Closed-Circuit Ammonia Refrigeration Systems.”

If that were ultimately to happen, Shapiro said, it would come with a great responsibility.

This would not be unfamiliar ground for IIAR, Shapiro noted. Since publishing its first ANSI standard in 1978, IIAR has been expanding its role as a standards development organization for ammonia refrigeration, and a mist of its model standards have been adopted by model codes. For example, the National Electrical Code (NEC) specifically references IIAR 2 for the electrical classification of areas with ammonia refrigeration systems. The International Fire Code (IFC) cites ASHRAE Standard 15 for refrigerants other than ammonia and IIAR 2 for ammonia, thus elevating IIAR 2 from its former subordinate role and placing the two standards on par.

The 2018 Uniform Mechanical Code (UMC) is actually going to go a step further. It, along with ASHRAE 15, will serve to regulate all refrigeration except for ammonia while, for ammonia, the 2018 UMC will defer entirely to IIAR 2. 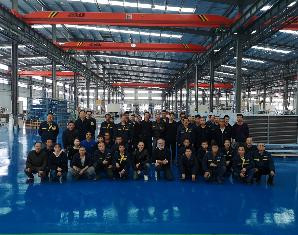