The new joint venture, established on August 14, 2018 and headquartered in the premises of Toshiba India Private Ltd., allows Toshiba Carrier to localize planning, development, manufacturing and sales of its commercial air-conditioning products, expanding its footprint in the country.

Toshiba Carrier is an air conditioning joint venture in Japan between Toshiba Corporation and Carrier, which is a part of UTC Climate, Controls & Security, a unit of United Technologies Corporation (NYSE: UTX).

Toshiba Carrier Air-Conditioning India will benefit from the manufacturing operations of Carrier Airconditioning & Refrigeration Ltd., the Carrier entity in India. It will also utilize the robust nationwide distribution network and existing sales force, striving to lead the fast-growing VRF segment in India.

The establishment of the new joint venture is one of Toshiba Carrier’s initiatives with regard to new overseas operations for its commercial air-conditioning business, based on the memorandum of understanding that was signed in March 2015 between Toshiba Corporation and United Technologies Corporation. 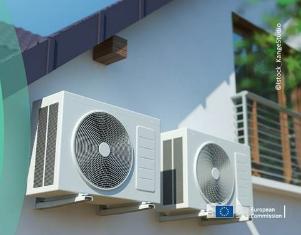