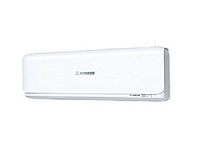 Starting in late March, Mitsubishi Heavy Industries Thermal Systems, Ltd., a Group company of Mitsubishi Heavy Industries, Ltd. (MHI), will progressively launch 19 new models in its lineup of air-conditioners for residential use in the Japanese market. The top-of-the-line SX Series will consist of 6 models featuring an outstanding annual performance factor (APF), which translates to superlative energy efficiency; the functionally advanced RX Series will include 6 models equipped with an operating mode synchronized with operation of a humidifier;and the standard TX Series will incorporate 7 models. Together, the 19 new offerings create optimally comfortable indoor environments to suit the needs of a full spectrum of lifestyles. All models will again adopt filter holders made from a synthetic resin containing recycled tea leaves, first introduced last year. In this way, the new models mark a major advance in making effective use of resources.

All models in all three series will come with MHI Thermal Systems’ “JET” and “WARP” operating modes. JET delivers a powerful, especially large airflow, while WARP enables rapid cooling or heating. The SX Series models also feature a sensor-activated airflow function in which the airflow volume and direction are automatically controlled to maintain uniform, efficient cooling or heating throughout a room. The RX and TX Series come with an automatic airflow function. On all 19 models, the filter holders are made from a synthetic resin containing recycled tea leaves;first introduced on the 2018 models, they have received high acclaim. The recycled tea leaves are acquired from ITO EN, Ltd., a manufacturer of teas and other beverages. During the past year, a mass-production resin molding system was launched at MHI Thermal Systems’ factory in Thailand.

The SX Series models are equipped with a motion sensor function that detects the level of ambient human movement and automatically controls the room temperature accordingly. When the sensor detects that no one is present, the unit reduces output to prevent unnecessary cooling or heating. When the room remains empty for a long period, operation stops automatically, saving energy.The SX Series air-conditioners can be used in tandem with 3 models in the SHK Series of hybrid evaporative warm-mist humidifiers marketed by Mitsubishi Heavy Industries Air-Conditioning & Thermal Systems Corporation, another MHI Group company. The humidifier starts or stops operating automatically in response to signals it receives from the air-conditioner, based on information detected by the air-conditioner’s humidity sensor.

All 13 models in the RX and TX Series are indoor units of compact dimensions (height: 250mm), enabling installation even in tight spaces above near-ceiling-high windows or below clipped ceilings. The outdoor units for the smallest indoor units are lighter than their corresponding 2018 offerings. The RX models come with the same operating mode synchronized with operation of a hybrid evaporative warm-mist humidifier as featured on the SX Series.

With its new 2019 lineup encompassing 19 models, MHI Thermal Systems is ready to respond to a wide range of users’ air-conditioning needs.