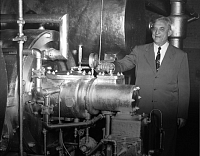 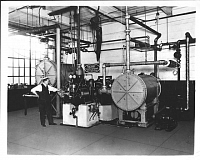 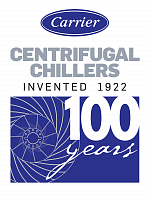 On the evening of May 22, 1922, 300 people were invited by Willis Haviland Carrier to a sheet metal shop in Newark, New Jersey, for a free meal and a boxing match followed by the unveiling of the first centrifugal chiller technology. Today, Carrier celebrates the 100th anniversary of the invention of the centrifugal chilling machine that in many ways made the modern world possible.

“Carrier’s breakthrough invention opened the door to large-scale comfort air conditioning while improving the effectiveness of process cooling,” said Gaurang Pandya, President, Commercial HVAC, Carrier. “Each day we build on that legacy, innovating with purpose to create what’s next, get ahead of changing requirements, unleash the power of digital technology, run smarter with IoT and help customers deploy commercial HVAC solutions aligned tightly with their business objectives.”

Carrier’s conception to combine a centrifugal refrigeration compressor with a shell, a new type of condenser and a chiller on one frame enhanced process cooling in factories around the world. Following the first installation of three centrifugal chillers at a Philadelphia chocolate factory in 1923, Carrier’s innovation soon provided process cooling to rayon manufacturers in India and cracker factories in Mexico.

In 1924, Carrier realized his dream of comfort cooling when the owners of a Detroit department store added centrifugal chillers. The centrifugal technology reliably and affordably delivered comfort air to the public in theaters, stores, restaurants, sports venues, ships, hospitals and office buildings.

By providing precise temperature and humidity, centrifugal chiller technology has  supported the infrastructure of the modern digital age, including electronics of every type, semi-conductor chips, data centers and robotics. These new inventions and new technologies couldn’t have existed without it.