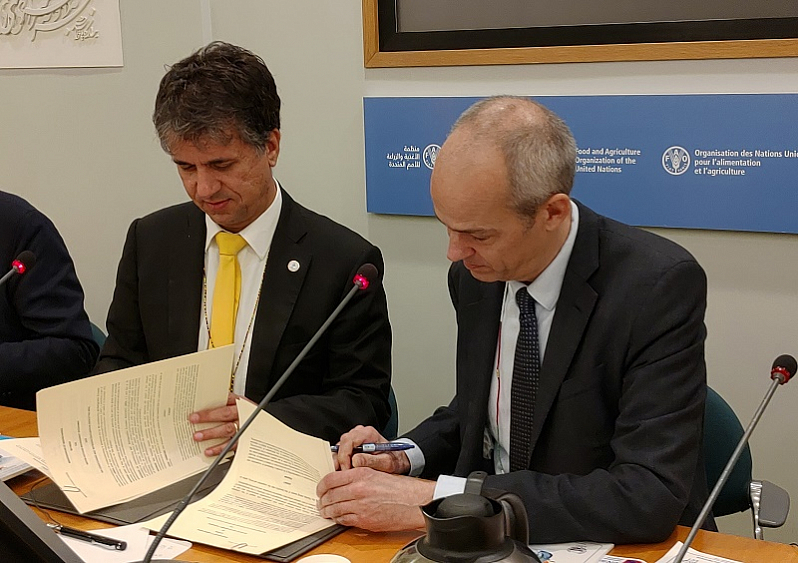 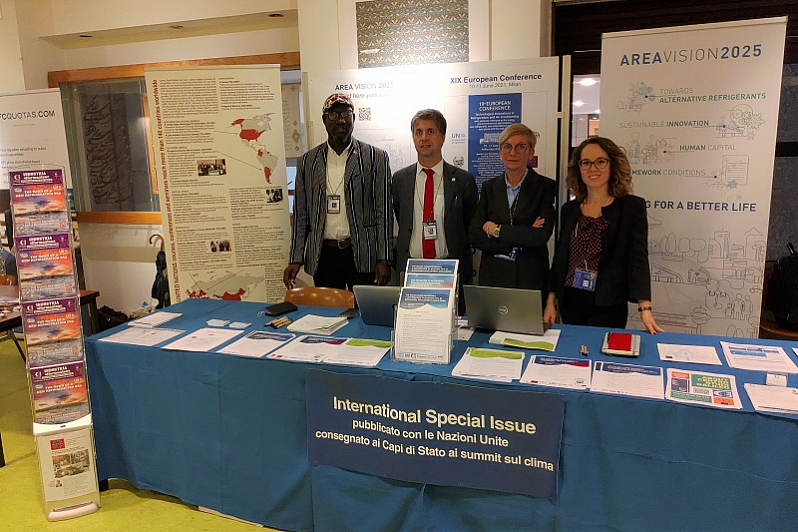 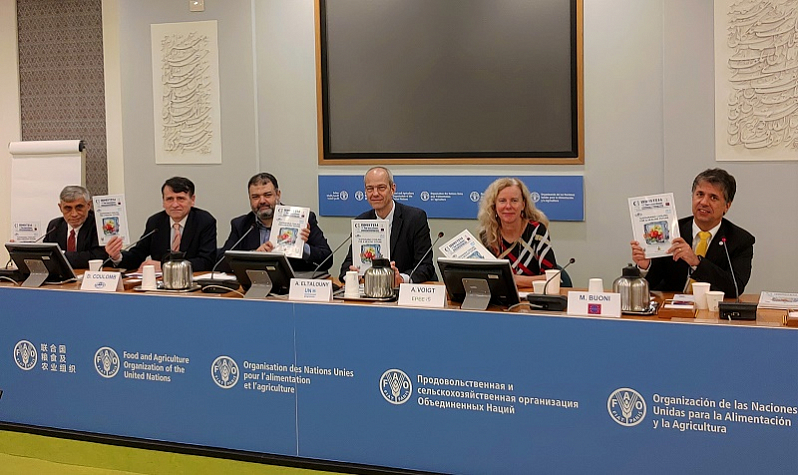 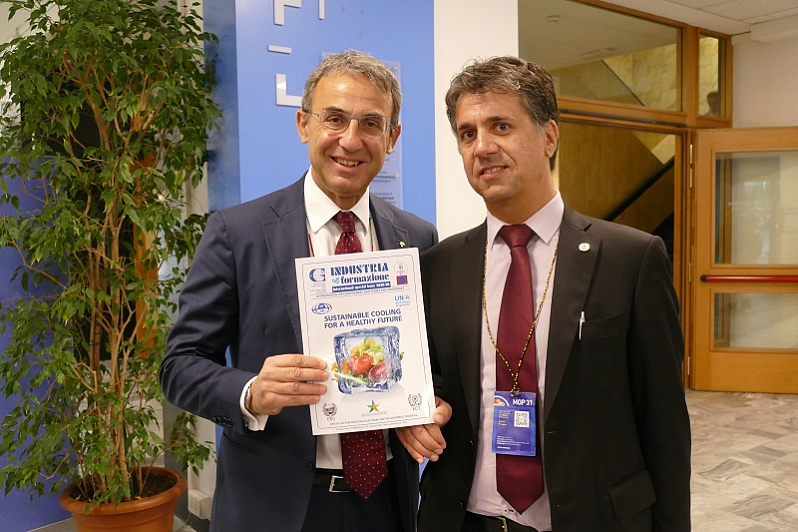 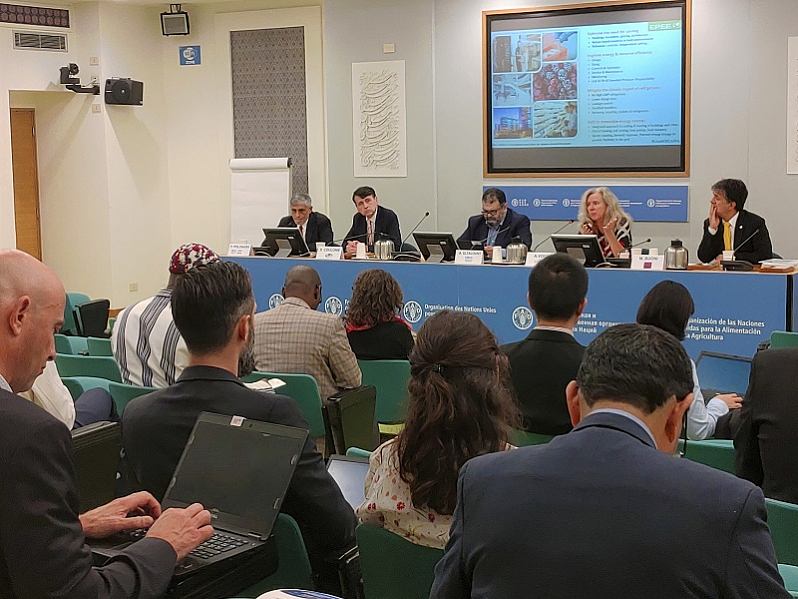 In the suggestive frame of the Food and Agriculture Organization of the United Nations (FAO), the 31st Meeting of the Parties to the Montreal Protocol took place during the week of 4-8 November 2019, where representatives of all the signatory states of the Montreal Protocol – for a total of 197 Countries in the United Nations – gathered to discuss the state-of-the-art of the Protocol’s and its Amendment’s adoption.

Since 1987, several amendments and adjustments have been adopted, adding new obligations, additional ODS and adjusting existing control schedules. The most updated number of nations that have ratified the Kigali Amendment to the Montreal Protocol, and therefore agreed with phase out and phase down plans, counts 87 countries (including the EU). The recent reduction schedules and deadlines of 2019-2020 have made this 31st MOP ever more crucial.

In this context, Centro Studi Galileo (CSG), together with the Italian and European Associations of Refrigeration Technicians (ATF - AREA) have taken on an active role in Rome, organizing several events on the side lines of MOP31, signing an important Memorandum of Understanding to seal the collaboration with the United Nations Environment Programme, officially launching the 2019 International Special Issue and, finally, presenting the international learning programme for alternative refrigerants Real Alternatives 4 LIFE.

Marco Buoni declared: "We are grateful to Europe, European associations, European projects such as Real Alternatives, that since 2006 have allowed us to follow a professional path of environmental and energy improvement. Now all the other countries of the world look at the EU F-Gas regulation as an example to follow and at the ‘Made in EU’ products as the most advanced technologies. Thank you, Europe".

The activities started on Tuesday 5th November, with a side event dedicated to the “Servicing Industry in Africa and in Other Developing Countries: Capacity Building for Enhancing Energy Efficiency in RAC Equipment”, where speakers from UNEP, UNIDO, IIR and ATF shared their thoughts and experiences on improvements in energy efficiency in RAC equipment for servicing technicians, which are fundamental during the transition to low GWP alternative refrigerants and can potentially double the climate benefits of the HFC phasedown of the Kigali Amendment.

Two events followed on Wednesday 6th November, starting in the morning with AREA’s workshop on “The Transition to Alternative Technology: The European Experience”. Since 2006, the EU has had regulations about HFCs management; technology has transitioned fast, to favour low GWP refs and energy efficiency; UNEP, AREA, EPEE and IIR together showed Europe's experience as the first region to implement a phase down of HFCs. At the end of this significant appointment, the speakers officially presented in a world premiere the 2019 International Special Issue titled “Sustainable Cooling for a Healthy Future”, a joint UNEP-IIR-CSG publication which has now reached its 13th year of editorial success. Furthermore, AREA President Marco Buoni and UNEP OzonAction Acting Head Jim Curlin officialised the deepening of their cooperation with the signature of a Memorandum of Understanding. Whereas AREA and UNEP are already working together on various topics, and in particular capacity building, the signature of the MoU illustrates the commitment that both organisations are taking. More recently, AREA worked on a Universal Training Kit for the HVAC&R sector, which the two organisations jointly launched in Rome.

The third side event, organized in the evening of 6th November, illustrated to a vast public the “Italian HVACR Experience: a Contribution to Achieving UN’s 17 Sustainable Development Goals (SDGs)”. Italy is one of the worldwide main actors in the HVAC&R field, with the largest production and turnover with regard to refrigeration; in the most recent years, the peninsula has presented many solutions with alternative refrigerants to lower the environmental impact and adapt to the latest regulations. Centro Studi Galileo continuously provides training and takes part in various projects that support compliance with the UN SDGs, united by the thread of international cooperation and Italian excellence in the RAC sector.

The joint combination of MOP31 taking place in Rome, and Italy being so active in finding solutions aimed at the environmental protection, allowed for the birth of the Rome Declaration on the food cold chain. In this frame, and at the end of the High-level segment on 7th November, Centro Studi Galileo Technical Director Marco Buoni presented the 2019 International Special Issue to the Italian Minister for the Environment On. Sergio Costa, who honoured the publication with his forewords and auspices. This 8th edition features a broad overview on the contribution of the cooling sector to develop a sustainable and healthy future for everyone, and especially focuses on the food cold chain and the Montreal Protocol though a dedicated section.

The 2019 International Special Issue aims at reaching not only a technical audience, but also a broader one of readers among final & end users, Government and industry. As tradition wants, in fact, the publication was officially handed out to all representatives of the 197 signatory states of the Montreal Protocol, Heads of State, Association Presidents and Government representatives.

The Montreal Protocol is truly the most successful international agreement in our history. Centro Studi Galileo (CSG), together with the Italian and European Associations of Refrigeration Technicians (ATF - AREA) have seized this crucial moment and, through topical side events, an international publication, many new contacts and collaboration opportunities with the most relevant worldwide Associations, have given a relevant contribution on the side lines of the 31st Meeting of the Parties and will keep on working jointly for the future development of the HVAC&R sector globally. 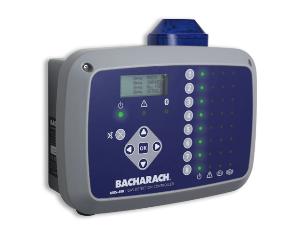 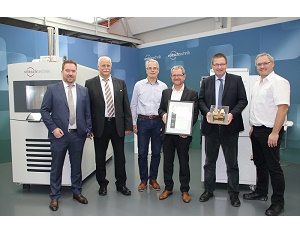