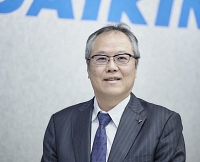 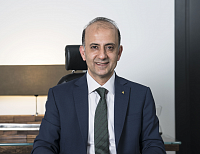 Daikin Europe N.V. announced that it has invested 13 million euro to start the production of VRV systems at its Turkish factory. Production of the VRVs, which are mainly aimed at the Turkish and Middle Eastern markets, started in May 2022. The decision is based on Daikin’s strategy to manufacture close to the market, which shortens supply lead times and enables the company to respond to demand in a flexible manner.

The EMEA (Europe, Middle East and Africa) market for HVAC-R (Heating, Ventilation, Air Conditioning and Refrigeration) systems is expected to see a strong growth over the next few years and even decades. The strong increase in demand is mainly driven by the need for more sustainability and changes in legislation. This is particularly the case for heat pumps, which are one of the solutions to decarbonize buildings. Daikin is in the process of strengthening its current production capacity to ensure this growing demand can be met.

As part of this, Daikin Europe decided to start producing its VRV systems for the Turkish and Middle Eastern markets at its Turkish factory. VRV systems are air conditioning appliances which can heat or cool medium to large commercial buildings. They use heat pump technology and allow multiple indoor units to be connected to one outdoor unit. VRV systems were revolutionary at the time Daikin came with this innovation back in 1982, because VRV allowed each room to be heated or cooled individually rather than a full building at once, realizing considerable higher energy efficiencies. Daikin has been the leading company on VRV technology ever since, making them more energy efficient, compact, silent and easier to install.

Hiromitsu Iwasaki, Vice President of Daikin Europe says: ‘The new VRV production lines at the Turkish factory are equipped with the latest cutting-edge technology to optimize sustainability, efficiency and quality control. They use the Module Line principle, as designed by Daikin Industries of Japan. Each production line consists of individual 4-metre modules for each production process, such as assembly, refrigerant filling, inspection and packaging, depending on the factory's production volume and production items. It has been introduced at Daikin’s factory in Japan, the USA and other countries to standardize production lines to achieve uniform, high-quality production. The factory has also been equipped with an energy saving exhaust-heat-recovery system. Our aim is to produce high quality products for Turkey and the Middle East, while reducing our environmental impact.’

In addition, the Belgian factory, which has so far produced VRV systems for those markets, will increase its production of heat pump heating, which is rapidly gaining popularity in European markets. These initiatives will enable us to strengthen our manufacturing capacity across EMEA and achieve the targets of our strategic management plan “FUSION 25”.’

Hasan Önder, CEO of Daikin Turkey, added: ‘We are very proud to be able to provide high-quality and energy-efficient products to the Turkish and Middle Eastern markets that are also Turkish-made. The VRV market in Turkey is expected to grow further in the future. We will be delivering the products that meet this growing demand and are fully adapted to the needs of our climate.’