ENGIE Refrigeration GmbH is heading into autumn with a major order for five thermeco2 high-temperature heat pumps for one of the leading food manufacturers in Croatia. At the same time, the company is celebrating the first order for a QUANTUM Water chiller from the redesigned series. It will soon be providing cosy temperatures for a large Swiss office and residential complex. ENGIE Refrigeration is thereby further strengthening its market position in the field of international heating and refrigeration technology.

Energy efficiency and sustainability play a key role in the ENGIE Refrigeration product portfolio. Both aspects are expressed, for example, by the thermeco2 high-temperature heat pumps, which are especially eco-friendly due to the natural refrigerant CO, and the new QUANTUM Water chillers. The latter became available worldwide in June 2021 and are now the most efficient water-cooled models on the market. Both series meet the highest ecological and economic requirements for heating and refrigeration supplies. This has now allowed ENGIE Refrigeration to win new customers from Croatia and Switzerland. In future, one of the largest food producers in Croatia will deploy a total of five thermeco2 high-temperature heat pumps with a total heating capacity of five megawatts at three sites in the Osijek region. There each heat pump will bring a 10,000 square metre greenhouse to the right temperature; the total refrigerated area of 50,000 square metres is roughly the size of ten European football fields. Previously the greenhouses were heated by a gas-fired burner. The thermeco2 solution will generate hot water from ambient heat, with the majority of the required electricity coming from a photovoltaic system. ‘We are proud to assist our customer with the thermeco2, both in sustainable food production and on the path to climate neutrality. In line with this aim, our technology is efficient, energy-efficient and eco-friendly – which makes it a perfect match for our customer’s needs while promoting decarbonisation”, says Jochen Hornung, CEO of ENGIE Refrigeration. The special thing about this heat pump is that it runs on the natural refrigerant CO2 and combines excellent COP values with maximum energy efficiency. The EU has classified this project as highly eligible for attractive subsidies.

ENGIE Refrigeration is also set for success with its new QUANTUM Water: the leading specialist for refrigeration and heating technology only launched the new water-cooled QUANTUM Water model series on the market at the end of June 2021. Just four weeks after it was introduced, the first QUANTUM Water was sold for climate control applications in building services. Powerful, extremely efficient, cost-saving and climate-friendly, it will in future provide cosy temperatures for around 140 residential units with a total floor space of around 150,000 square metres in a large office and residential complex in Switzerland; an expansion is already being planned. “Our redesigned QUANTUM Water was very well received from the first day. We are already working on numerous enquiries for projects all over the world”, says Jochen Hornung. The thermeco2 high-temperature heat pumps and the die QUANTUM Water chillers will be delivered to the two new customers by the end of 2021.

ENGIE Refrigeration is set for success: an impressive five thermeco2 high-temperature heat pumps will be operated by a Croatian food producer. In addition, the first QUANTUM Water from the redesigned series will provide perfect temperatures for an office and residential complex in Switzerland. 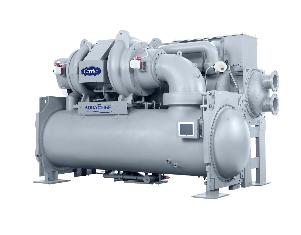 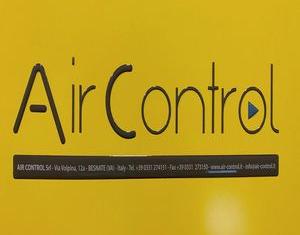 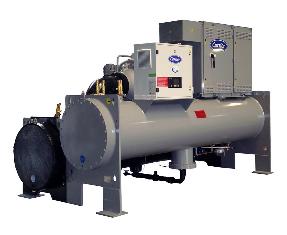