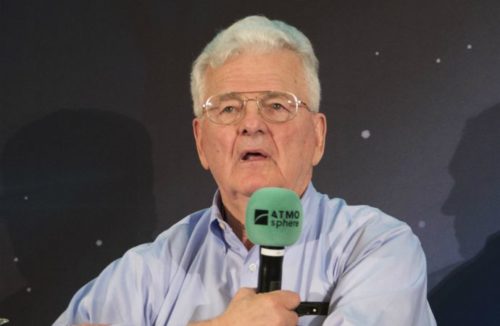 Ammonia is “a superior refrigerant” to HFOs and low-charge ammonia systems are improving safety and reducing regulatory burdens, Gerard von Dohlen, president of Newark Refrigerated Warehouse, told Accelerate Americamagazine. Newark, N.J.-based Newark Refrigerated Warehouse incorporates two public refrigerated warehouses using innovative refrigeration systems. “Ammonia has been used successfully and safely as a refrigerant by more than 90% of the industrial refrigeration industry for around 150 years,” said Von Dohlen, who is an active member of several trade associations, including the Global Cold Chain Alliance, for which he chairs the Refrigeration and Energy Committee. In the U.S., the Occupational Safety and Health Administration’s Process Safety Management (PSM) program and the Environmental Protection Agency’s Risk Management Plan (RMP) largely regulate ammonia – regulation which “has become grossly and unnecessarily burdensome and costly,” according to Von Dohlen. “These regulations, which strictly regulate systems with more than 10,000 lbs of ammonia, result in unnecessarily high costs with unreliable results.

HFO flammability risk
Chemical manufacturers such as Chemours and Honeywell have invested heavily in HFOs such as R1234yf (and the HFC R32) to replace R134a, an HFC that is prolific in vehicular air conditioners. HFOs are also being considered for use in industrial refrigeration. “Though touted as low-GWP refrigerants, R1234yf and other HFOs represent an equal or greater flammability risk than ammonia,” Von Dohlen says. “Moreover, their poisonous products of combustion are of greater concern than those of other fluorinated refrigerants. And while HFOs are classified in toxicity group A (minimally toxic), they can displace oxygen at breathing levels in occupied spaces and cause suffocation.” “If HFOs are not subject to the same level of regulation as ammonia – or ammonia regulations are not changed – the cost of using ammonia may become disproportionately high,” Von Dohlen warns. “People will resort to substituting flammable HFOs without improving safety. It is noteworthy that some environmentalists are concerned about the proliferation of HFOs into the atmosphere, where they convert to TFA (trifluoroacetic acid), which returns as acid rain. HFOs are not an attractive solution for industrial refrigeration.”

Favorable ammonia characteristics
A comparison of the properties of ammonia and HFOs shows the advantages of ammonia as a refrigerant. R1234yf has a GWP of less than 10 and will not be affected by the Kigali phase-out of HFCs, which have much higher GWPs (ammonia has a GWP of zero.) The refrigerant is flammable, but like ammonia, meets the ASHRAE Standard 34 classification of 2L (rather than 3 like hydrocarbons), Von Dohlen says. The 2L classification includes a relatively high LFL (lower flammability limit), a reasonably high auto-ignition temperature, a low burning velocity, a sustained flame source, and a low heat of combustion. Both ammonia and R1234yf have a flame velocity below 10 cm/sec, and require a high ignition energy source. “All experts believe it is important to eliminate ignition sources, install effective leak detection, and provide sufficient forced ventilation when a leak is detected,” Von Dohlen says. “But here’s where ammonia and R1234yf part ways. The auto-ignition temperature of ammonia is 1,204°F, while that of R1234yf is 761°F. Ammonia’s LFL is 15%-16% vs. 6.25%-12.3% for R1234yf. The refrigeration effect (latent heat of vaporization) measured in Btu/lb, is 589 for ammonia, 93 for R134a, and 77 for R1234yf. For R1234yf to produce as much refrigeration capacity as ammonia, an R1234yf system would be required to circulate 7.6 times as many lbs as ammonia,” he explains. “When it leaks, ammonia responds well to water spray such that combustion is suppressed when the water vapor is 9%-11%. Ammonia absorbs water readily; one part of ammonia will absorb 700 parts of water,” Von Dohlen says. R1234yf and other HFOs are odorless, but people can detect ammonia at less than 5 ppm. OSHA’s permissible exposure limit (PEL) for ammonia, based on a normal 40-hour work-week, is 50 ppm. “People can tolerate exposures of up to 300 ppm of ammonia for short time intervals without any ill effects,” Von Dohlen says. When R1234yf falls to the floor of a building, the oxygen can be displaced and people can suffocate without realizing that they are in danger. By contrast, the danger associated with ammonia is readily apparent at low exposure levels. “Ammonia is aggressively self-alarming – people will not voluntarily stay in an area with an ammonia smell,” Von Dohlen says. “Despite its toxicity potential, ammonia continues to be an excellent, environmentally friendly refrigerant. Packaged in low-charge units and secondary systems that remove the refrigerant from occupied spaces, ammonia can be a much safer and less-regulated option. It should be used instead of HFOs in industrial refrigeration,” Von Dohlen concludes.

This content was taken from an opinion piece in the November/December edition of Accelerate America. To read the original in full, please click here.