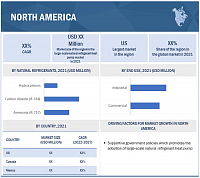 Both the service and manufacturing industries have been badly impacted by the COVID-19 pandemic. The global economy has slowed as most countries around the world have enacted statewide lockdowns to prevent the virus from spreading further. The epidemic, according to the World Bank, provoked a significant recession and is projected to have a long-term impact on the global economy. The disruption of the supply chain and a sharp drop in demand in the commercial and industrial sectors hampered the expansion of large-scale natural refrigerant heat pumps. The market fell as a result of the suspension of major building and renovation projects. However, the market showed early signs of recovery, aided by government financial incentives to mitigate the impact of the pandemic..

With a coefficient of performance (COP) of 3, large-scale heat pumps are expected to produce 520 TWh (terawatt-hours) per year. As a result of the increase, they will be able to better utilize alternative heat sources such as ground-source thermal heat and waste heat from data centres. They can use intermittent renewable electricity at the same time. Growing visibility regarding the efficacy of large-scale natural refrigerant heat pumps in reducing carbon footprint has led to an increase in the adoption of these systems across both industrial and commercial sectors.

Restraint: Lack of awareness regarding benefits of heat pumps and heat pump standards among system vendors

A heat pump is a technically complex equipment. The awareness regarding the energy efficiency, cost efficiency, and environmental benefits associated with heat pumps, as well as technical know-how, are limited among various end users.

According to a research published by the United Nations Environment Program, contractors are unaware of standards and certifications such as those issued by the International Organization for Standardization (ISO). Furthermore, there is a scarcity of best practise examples for large-scale natural refrigerant heat pump applications, which limits market growth.Besides, the classification of heat pumps by industries and certain public awareness websites are perplexing for the general public

Enabling heat pump technologies compete with gas for heat supply in the European energy market will require more balanced taxation levels between electricity and gas. According to the European Heat Pump Association (EHPA), electricity taxes and levies in Europe are currently unjustifiably higher than those applied to gas and other fossil fuels, resulting in higher heat pump operating costs.

Sweden has experienced a fall of 2.1% in household energy use since the introduction of the carbon tax, as well as the phase-out of fuel oil, which was replaced up to 75% by district heating and 25% by heat pumps. Consumer prices for electricity in the UK are five times higher than for gas, which hinders the adoption of electric heat pumps. To make matters worse, climate and social taxes account for 23% of the electricity bill. European countries are moving more quickly to phase out fossil fuels and decarbonize their heating sectors because carbon pricing can close the price gap between renewable and fossil fuel-based technologies. The combined use of heat pumps and rooftop photo generation may be boosted in Europe by replacing current subsidies with a carbon tax policy and reduced electricity taxes.

While fossil fuels will meet more than 60% of global heat demand in the buildings sector in coming years, the recent rebound in oil and gas prices has resurrected the subject of renewable space and water heating technologies' cost-competitiveness. Initial investment costs, variable running expenses, fixed operating and maintenance costs, and the presence of financial and economic incentives or disincentives all play a role in the cost-competitiveness of heating systems. Conventional heating systems, such as boilers, are driven by fossil energy, which is comparatively cheaper. The operation and associated installation costs are also low when compared with the heat pump technology. This challenges the market growth.

The high upfront cost of renewable technology can create financing barriers for households, in addition to hurting overall cost-competitiveness. Investment grants, rebates, fiscal incentives, and lending schemes are all examples of policies that can help overcome these obstacles. Policies that encourage building energy efficiency can also help with the shift to lower-temperature distribution systems.

The 20-200 kW is expected to be the largest contributor to the large-scale natural refrigerant heat pump market, by capacity, during the forecast period

The industrial segment is expected to be the fastest-growing market, by end use, during the forecast period 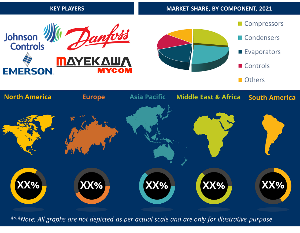 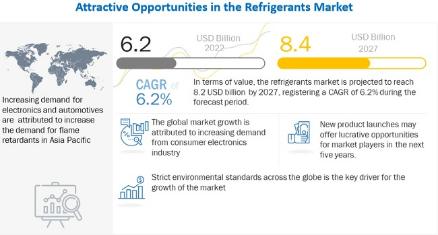 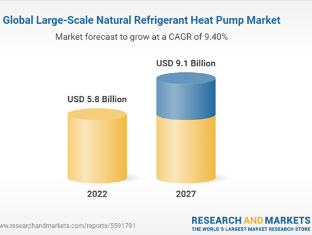