The global transcritical CO2 systems market size was valued at USD 31.6 billion in 2019 and is expected to grow at a compound annual growth rate (CAGR) of 16.9% from 2020 to 2027. Rising demand for air conditioning and refrigeration applications, along with the lower operational costs of transcritical CO2 systems, is anticipated to surge the market growth over the forecast period. The required global phase-out of HCFCs and the need to manage the lifetime operation of HCFC and CFC based equipment, along with rising concerns regarding global warming, are driving the need for transcritical CO2 systems in recent years. In addition, rising demand for CO2 as an alternative on account of its high energy performance and the same technical reliability as HFC-134a is anticipated to boost the product demand over the next few years.

Demand for transcritical CO2 systems is increasing in the cold storage industry of Japan. However, other sectors such as margarine production, ice making, and beer brewing industries are also beginning to adopt these systems owing to the subsidies provided by Japan’s Ministry of Environment, which has encouraged the demand for natural refrigerants in the recent years.

In times of mounting pressure from customers to lower their carbon footprint, along with complying with a wave of environmental laws, a large number of retailers are focusing on ensuring ecological protection, social responsibility, and economic viability to their businesses. The gap is widening between those who are still following their business-as-usual strategies and those investing in sustainable retailing today.

The market is driven by looming taxation and inexorable F-gases restrictions across the globe. In addition, the system’s low global warming potential, significantly smaller copper piping system, and less refrigerant charge in comparison to HFC systems, along with high energy efficiency in most climates, are anticipated to further stimulate the market growth over the coming years.

Steel piping, specialized valves, electronic controls, and compressors used in a transcritical CO2 system increase the cost of equipment compared to a traditional HFC system. However, the refrigerant installation costs are consistently lower with CO2 and retailers can expect around 18% of savings on CO2 installations and a greater return of investment over time, which is expected to drive the product demand over the forecast period.

The refrigeration segment held the largest revenue share of 67.3% in 2019 owing to the EU F-gas regulation impacting prices and market availability of HFCs in Europe and the global phase-down of HFCs with the Kigali Amendment coming into effect in 2019. Rising demand for HFC-free technology from food retailers and supermarkets is expected to stimulate segment growth over the forecast period.

Growing environmental awareness, coupled with more stringent building codes and regulations, has surged the demand for natural refrigerants used in heating processes. The heating segment is expected to expand at the fastest CAGR of 19.3% from 2020 to 2027 on account of strong development of new technology with CO2 in heat pump application segments, coupled with the trend towards sanitary hot water heat pumps in Europe.

Growing production volume of HFC-134a, which is highly used in mobile air conditioning systems, is a serious concern for environmentalists. As a result, German manufacturers have filed multiple patents for the use of CO2 systems in passenger cars as the climate impact of CO2 is 1430 times lower than that of R134a. According to the European Union, air conditioning refrigerants in all new passenger cars should be replaced by CO2 in Europe since 2017.

The retail application segment held the largest share of 55.8% in 2019 as transcritical CO2 systems are gaining market shares in Japan and Europe and are replacing HFC-134a systems because of their higher GWP. In addition, the growing trend of green consumerism has propelled supermarkets to proactively use environmental best practices in order to build their green credentials.

Refrigeration systems account for around 50.0% of the energy consumption of a supermarket according to the U.S. Department of Energy as they use HFCs, which have higher GWPs compared to natural refrigerants. Due to federal, international, and local regulations, HFC-free systems are gaining popularity in the developed nations, which is anticipated to stimulate market growth over the next few years.

The lack of cold chain caused significant food loses, which accounted for nearly 9% and 23% of the total food production in developed and developing countries, respectively, in 2018, according to the International Institute of Refrigeration. The food processing and storage industries are anticipated to contribute more than 7% of the total sales by 2027 on account of rising demand for refrigeration as it ensures optimal preservation of perishable food products and consumer satisfaction.

Transcritical CO2 heat pumps are expected to expand at the fastest CAGR of 18.8% over the forecast period as they offer high service temperature and limited capacity loss. Most of the CO2 heat pumps are designed for domestic water heating and the market is ruled by Japanese manufacturers, such as Itomic, DENSO, and Panasonic. These companies are entering into the European market and redesigning their products to meet the EU customer and regulatory standards.

Europe accounted for the largest revenue share of 78.4% in 2019 as some of Europe’s biggest retailers including Ahold Delhaize, METRO AG, Carrefour S.A., Sainsbury’s, and Schwarz Group are turning to CO2 systems in order to benefit from the energy savings and comply with the F-gas regulation.

North America is expected to expand at the highest CAGR of 19.3% from 2020 to 2027. The U.S. accounted for a significant share in the North America market in 2019 and is expected to witness exponential growth over the forecast period on account of rising focus on the environmental impacts from the leakage of refrigerants, especially HFCs. The EPA estimates that the average U.S. supermarket is responsible for the leakage of 875 pounds of commercial refrigerant annually. As a result, end-users are actively working towards reducing their carbon footprint, which has prompted recent interest in natural refrigerants.

Leading Australian retailers are significantly investing in natural refrigerant-based HVAC&R solutions owing to technological innovations, such as ejectors, adiabatic cooling, and parallel compression, which have increased the efficiency of transcritical CO2 systems in warm regions. For instance, Woolworths launched the first transcritical CO2 system in 2017 in Australia and is projecting to have 13 stores by 2020.

Companies are focusing on regional expansion and R&D in order to meet the rising demand for transcritical CO2 systems. For instance, in 2017, Japanese OEM Panasonic introduced CO2 condensing units in Europe and sold a total of 300 units in 2018 in Europe. In addition, the company launched the first version of 10HP in Europe, especially for small-format stores and restaurant chains. Technology innovation and cost optimization are the key strategies opted by transcritical CO2 system manufacturers. For instance, Danfoss introduced a new liquid ejector that can improve and optimize the performance of transcritical CO2 systems or any other refrigeration systems in all ambient temperatures.

Demand for environmentally friendly sustainable cooling systems is increasing in fishing trawlers. Companies are building fewer but larger vessels and many are planning to renew their vessels in order to meet the environmental standards. For instance, in 2019, Shanghai Waigaoqiao Shipbuilding (SWS) signed a contract with GEA to provide transcritical CO2 refrigeration technology. Some of the prominent players operating in the global transcritical CO2 systems market are: 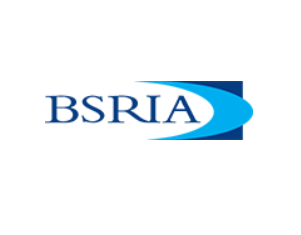 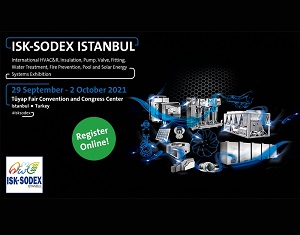 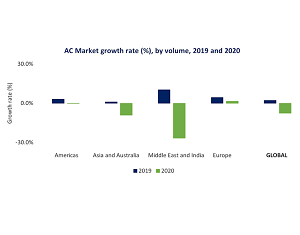