After seven years of development technology group GEA will present the world’s first semi-hermit compact screw compressor for ammonia at Chillventa (Hall 7, Stand 502) – GEA CompaX. The main goal for CompaX engineers was to highlight the benefits of NH3 in a simplified design concept.

The success story of the screw compressor reaches another high point with the CompaX to coincide with its 50th anniversary. This screw compressor and other sustainable energy concepts from the company offer innovative solutions with short payback periods that aim to reduce the total cost of ownership and CO2 emissions of their customers.


3-in-1 design for more efficiency

The intelligent, 3-in-1 design combines the proven GEA Grasso M series compressor, a suction gas-cooled electric motor, and an oil separator into an extremely compact package without external wiring. The compressor's outstanding efficiency comes from the copper winding in the suction gas-cooled electric motor – unusual for NH3 compressors. This compact ammonia compressor further reduces the risk of leakage and requires no shaft seal. The CompaX represents a decisive move forward, paving the way for a natural refrigerant (ammonia) in air conditioning systems. The concept also places more emphasis on efficiency and sustainability.

The CompaX compressor celebrated its world premiere already in the new GEA BluQ chiller at Mostra Convegno in March of this year. At the heart of the unit, the CompaX is surrounded by efficient heat exchangers that supplement the concept and add another new product to the successful GEA Blu chiller line. Key advantages include the new liquid chiller's extremely low refrigerant charge of only 40-50g per kW cooling capacity, which meets the international demand for "low ammonia content" liquid chillers.

The semi-hermetic compact screw compressor for ammonia - GEA CompaX finds its roots in 1968 when the development of screw compressors began at GEA, the former VEB Kühlautomat in Berlin. Compressor engineering continued at the company and evolved in several phases. The early rotors used a symmetrical profile and a 4:6 gear tooth ratio which was later adapted to an asymmetrical profile and from 1989 to the tooth ratio of 5 to 6. Another essential compressor detail, the slide system for adjusting the internal volume ratio (Vi) was rapidly developed in the 1980s. Many of the innovations integrated into the first German screw compressors manufactured in the GDR are still in use worldwide.

This success story "Made in Germany" set the course for more than 33,000 screw compressors installed in the meantime. These units are used for refrigerating food and keeping buildings cool, such as the frozen pizza in the German supermarket to the world's largest indoor ski hall in Dubai. With the CompaX for ammonia, GEA is now opening a new chapter in the history of screw compressors. 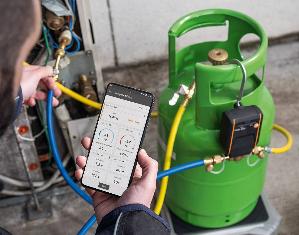