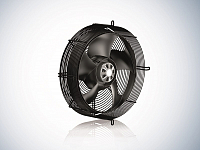 Axial fans have to satisfy high demands in evaporators, heat pumps and other air and climate devices. Robust solutions that are also as energy-efficient as possible are in demand. ebm-papst has developed the new axial fan AxiEco Protect for these applications.
Fans in evaporators have to overcome high counter-pressure since the ice that often forms on the heat exchanger constricts the air channels. AC axial fans, which are in widespread use in evaporators and other applications, will reach their limits at the very latest when the next stage of the ErP Directive goes into effect.

Motor and fan specialist ebm-papst has developed the AxiEco Protect, a new axial fan series in EC and AC technology. It features both high efficiency and unusually high stability under pressure. Its air performance curve has a much steeper slope than comparable axial fans.

In the new fans, the impeller, integrated diffusor ring and hub form one compact unit. The blade tips pass over straight into the integrated diffusor ring meaning there is no tip gap between the nozzle and impeller. Therefore, an overflow of the blade tips, as seen with common axial fans, is avoided, which results in increased efficiency and reduced noise generation. The integrated diffusor ring also functions as a diffuser that is directly integrated into the impeller. It increases the pressure, resulting in reduced exit loss and also contributing to less noise. Furthermore, the service life for the evaporators – the interval between defrost cycles – is also extended. This also saves energy and increases the device’s overall efficiency.

The AxiEco Protect fans come in sizes 300, 350, 400, 450, and 500 and are available in EC and AC design. As these still work extremely efficiently also under increasing counter pressure, even the AC versions themselves satisfy the requirements of the future ErP Directive. With air flows of up to 12,000 m³/h and pressures of up to 450 Pa, they are ideal for a number of typical applications in refrigeration, air conditioning and ventilation technology. They are ideally integrated into the application as a compact plug & play solution. 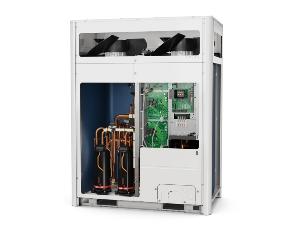 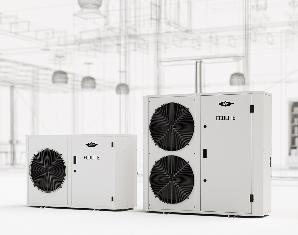 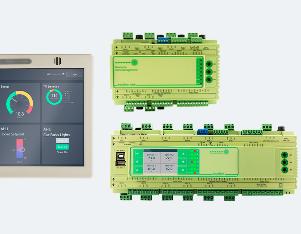